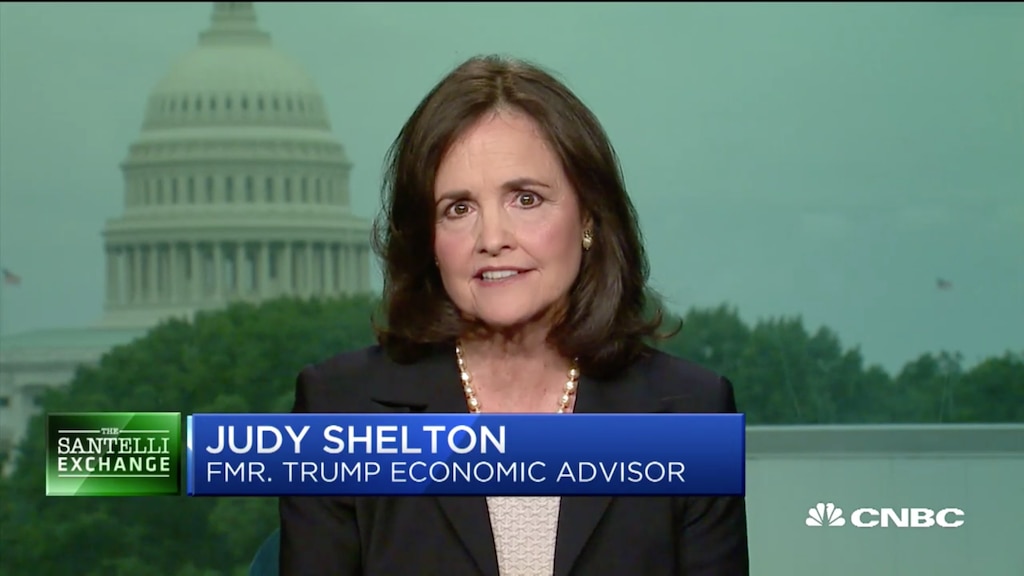 President Donald Trump announced on Tuesday he would nominate his former adviser Judy Shelton to the Federal Reserve board, putting the conservative economist on track for a top position at a central bank she has been sharply critical of.

Shelton would bring to the board of governors a vision of the economy starkly different from her peers, including on what role a central bank should have in it. Even in the run-up to her nomination, she held firm to her long-running argument that policymakers there wield too much influence.

“In a sense, by having a committee of people decide what the interest rate should be, that’s a closer model to central planning than having the free market find the interest rate that is appropriate for the cost of capital,” she told Business Insider in June, drawing comparisons to the Soviet economy.

To rein in that power, Shelton wants to change the way the central bank guides interest rates. Eliminating the interest on excess reserves that’s paid to banks, she argues, would encourage lending and ultimately allow more productive growth. Shelton has also advocated for a return to the gold standard, a system that pegged a currency to the yellow metal.

Her confirmation by the Senate would mark a win for Trump, who has put an unprecedented amount of pressure on the independent Fed while in office. Seeking to offer the economy a boost ahead of the 2020 elections, the president has repeatedly called for lower interest rates and sought to put political allies at the top of the central bank.

While Shelton would get just one vote on the Federal Open Market Committee, she made clear what her position toward policy would be in an interview with The Washington Post last month: “I would lower rates as fast, as efficiently, as expeditiously as possible.”

Economists say it is crucial that a central bank operates independent from political influence, but Shelton sees a gray area on the issue of the Fed’s independence from the administration.

Pressed on whether the central bank was an independent institution, Shelton told Business Insider it would be “superficial” to answer yes or no. She pointed to administrative operations between the Federal Reserve and the Treasury Department, calling the agencies “fiscally incestuous.”

“That’s a hot-button issue,” she said. “It’s the kind where people will say, oh, she doesn’t believe in the independence of the Federal Reserve. So then, it will take a longer answer. Whereas I suppose, it’s easy to say no, it’s 100% independent, and they should never even talk to each other. That it should be more strict, and I don’t think they should be allowed to read newspapers. You could say that. But I don’t think that’s realistic.”

Shelton’s experience in Republican politics spans as far back as the 1990s, when she worked on Bob Dole’s presidential campaign. In 2016, Shelton advised Ben Carson, a presidential hopeful at the time, and later served on the Treasury landing team for Trump.

She appears to have no qualms about expressing support for fiscal policy, long praising deregulatory measures, such as the $1.5 trillion tax-cut package Trump signed into law in 2017.

Trump also announced on Tuesday he would nominate Christopher Waller, the executive vice president of the St. Louis Federal Reserve, to the second open seat on the Board of Governors.

Read more: The White House is said to be vetting Judy Shelton for a seat on the Fed board. She told us what she would bring to a central bank whose policies she has long criticized.