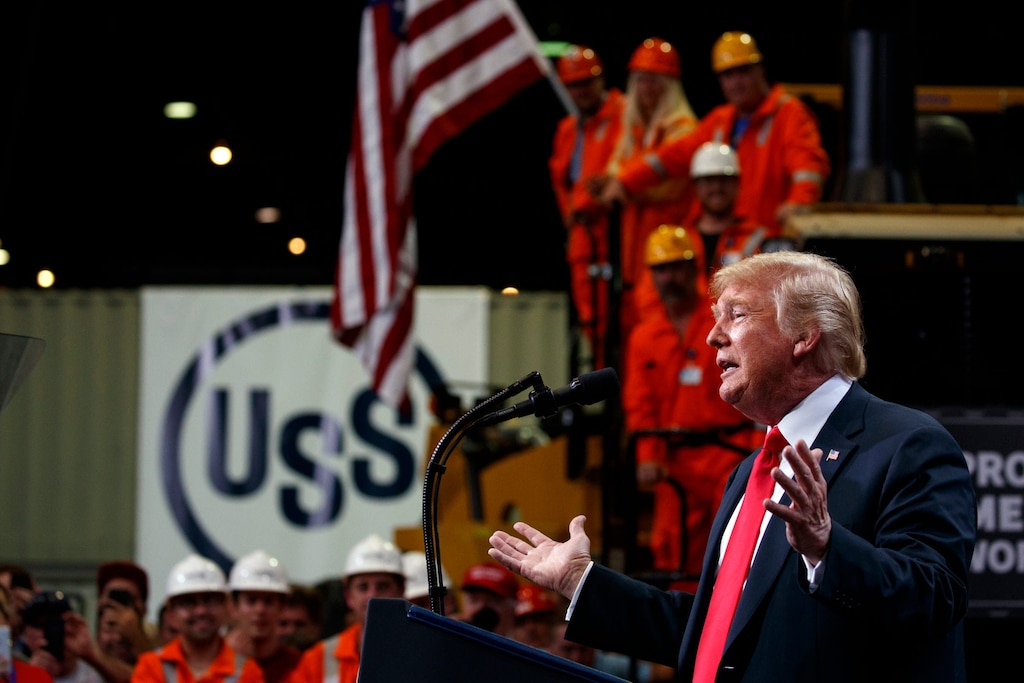 President Donald Trump has sought to make the US steel industry more competitive through protectionism, but tariffs levied last year have accelerated the decline of some of its largest players.

Bloomberg reported Sunday evening that a 25% tariff on imports of the metal has accelerated the decline of some of the mills Trump vowed to protect. The metal titan US Steel has lost $5.5 billion, or roughly 70%, in market value and idled two furnaces since the president announced the move in March 2018 on national security grounds.

“The days of plundering American jobs and wealth — those days are over,” he asserted to the Granite City crowd.

But the increase in production came at the same time that demand began to cool, eventually sending steel prices sharply lower. Growth in the US and elsewhere is expected to continue to fall in the coming months, as stimulus measures fade and trade tensions persist.

The divide created a complicated scenario for companies like US Steel, according to Bloomberg. That’s because they use older and more costly equipment than companies such as Nucor, which run cheaper furnaces that can better compete in the new market.

“Are some companies going to suffer? Absolutely,” Nucor Chief Executive Officer John Ferriola told Bloomberg in an interview, adding that Trump’s actions sped up expected changes in the industry. “We’ll see some capacity go away, I’m sure of it.”

Bipartisan lawmakers and businesses have coalesced behind the need to address trade practices they say undermine American businesses. Some industry groups have stood by the use of blanket tariffs as a tool to win fairer trade agreements, while others argued they would ultimately risk pain for American businesses and consumers.

US Steel and Nucor did not immediately respond to emails requesting comment.