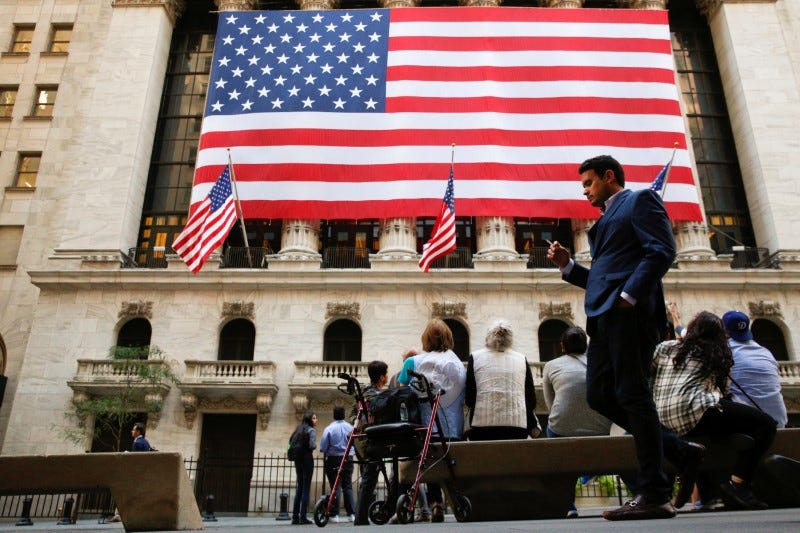 Banks in the US stand to gain after the announcement that Germany-based Deutsche Bank will undergo a major restructuring that will cost $8.3 billion and result in 18,000 job cuts by 2022.

“Net net, market share will continue to consolidate to those banks with the scale and capacity to invest,” a team of analysts at Credit Suisse led by Susan Roth Katzke in a note Monday.

In other words, the dissolution of Deutsche Bank’s market share will be reallocated to their already-thriving and well-positioned American counterparts. That includes the likes of Bank of America, JPMorgan, Goldman Sachs, Citigroup, and Morgan Stanley — and the firm has outperform ratings on each.

Katzke and her colleagues go as far as to estimate the banks could reap 5% to 10% in earnings-per-share growth in 2020. They also forecast that total return across the five banks could exceed 20% in the aftermath of Deutsche Bank’s reshuffling.

This would mark the continuation of a trend that’s seen investment-banking market share already shift towards US banks over the past several years, according to Credit Suisse.

The gap between US and European banks has been widening since about 2013, the firm said. US banks now account for 63% of trading revenue and 61% of investment banking fees, whereas European banks account for 37% and 39% respectively, Credit Suisse found.

Deutsche Bank’s plan is integral for the firm going forward, as the bank has been increasingly unable to compete with its global peers. Analysts at JPMorgan saw the near-term reorganization as a crucial step towards a brighter future, and argued the firm is making the right decision.

The plan is bold and “for the first time not half-baked,” Kian Abouhossein and Amit Ranjan of JPMorgan wrote in a note Monday.