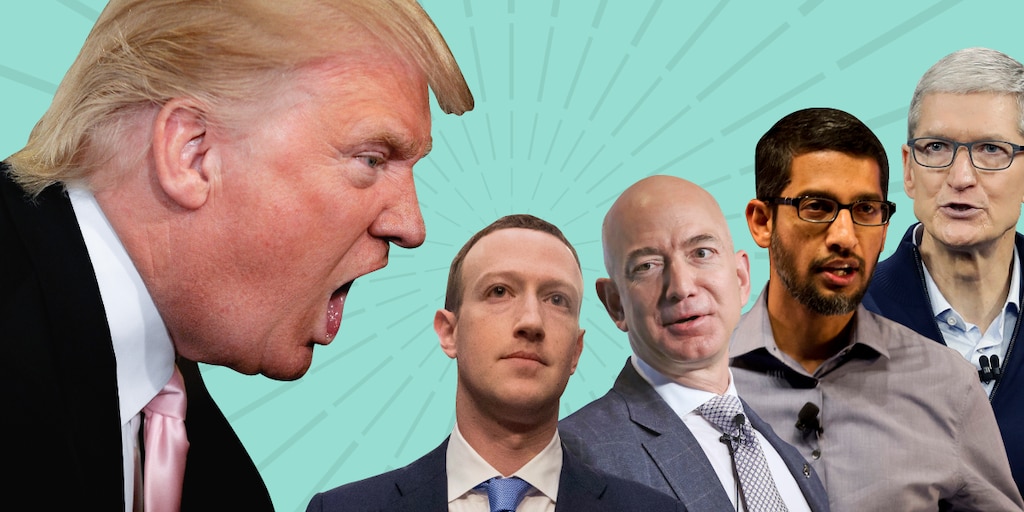 Billions of dollars are set to be wiped from the value of America’s biggest tech firms after the US Department of Justice took the unusual step of announcing an antitrust investigation.

The DOJ on Tuesday said it was launching a broad investigation into whether “online platforms” were illegally harming their competitors and stifling innovation.

In a press release, the Justice Department did not name names but said it would focus on “market-leading” companies, meaning it is likely to encompass Amazon, Apple, Facebook, and Google.

The share prices of those four companies took a hit in after-hours trading Tuesday, and the losses continued into premarket trading on Wednesday morning. Here’s how things stood at 5:30 a.m. ET:

Put together, the losses represent around $33 billion of lost value for the tech companies. That’s roughly equal to the gross domestic product of Zimbabwe, according to the World Bank.

Read more: The Department of Justice just launched a broad probe into whether big tech companies like Amazon, Facebook, and others illegally harm competition

Lawmakers on both sides of the aisle have been agitating for an investigation into the power of the tech companies, and President Donald Trump has long hinted that he shares these concerns.

He has said Google, Amazon, and Facebook might be “very antitrust,” and he has repeatedly attacked against Google over unproven claims it shows bias against conservatives.

Dan Ives, an analyst at Wedbush Securities, said the DOJ’s investigation represented a “shot across the bow” for big tech but was unlikely to result in drastic action. He added, however, that it could be an “overhang on the stocks” and said investors should focus on the fundamentals of the firms involved.