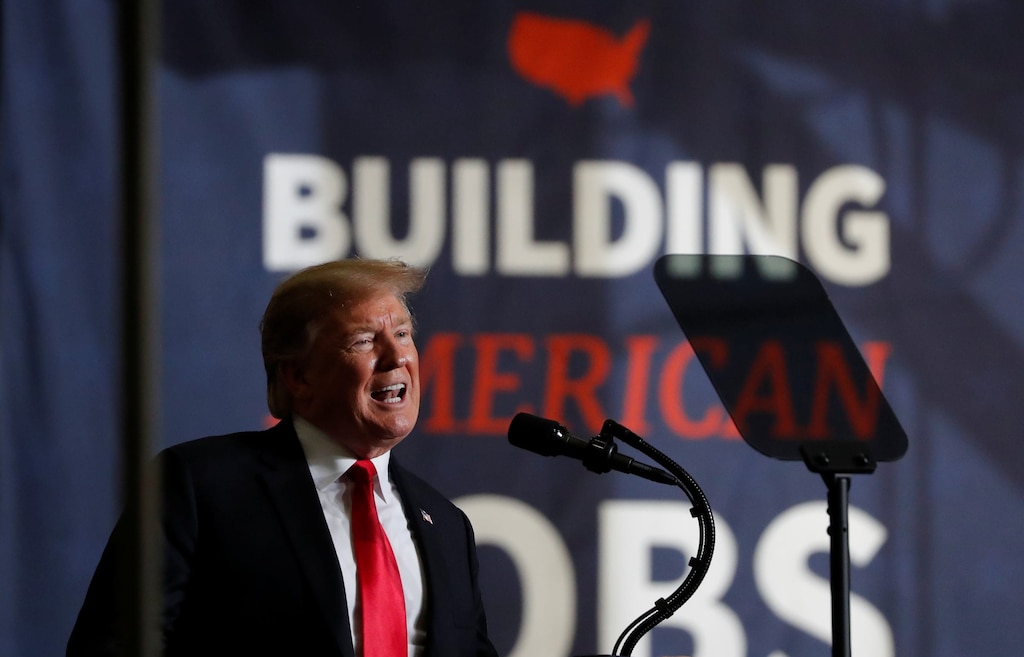 President Donald Trump kicked off his campaign for reelection in 2020 with the slogan “Keep America Great.” But he hasn’t delivered on a central promise he made the last time he was a candidate: that the economy would grow at a rate of 3% or higher in each year of his term.

Gross domestic product was lower than originally reported in 2018, the Commerce Department said as it reported second-quarter results Friday, despite a $1.5 trillion tax-cut package and increased government spending. The revision to 2.5% growth from 2.9% last year followed a similarly disappointing read for 2017.

Trump and administration officials have blamed the Federal Reserve for the misses. But the GDP report showed that a drop in business investment and exports weighed on activity between April and June, which economists said was partly a result of the global tariff wars Trump ignited last year.

“Look, I think to keep this thing going in the face of severe monetary tightening in 2017 and ’18, seven rate hikes, I think it’s almost a miracle that the economy is growing as rapidly as it is,” White House economic adviser Larry Kudlow said Friday. ” It’s growing faster, way above the prior trend line, and I think President Trump’s policies of tax cuts and deregulation and energy opening and trade reform are having a huge impact.”

Unfulfilled economic promises by an incumbent would typically loom large in a reelection bid, according to David Kochel, a Republican strategist who worked on presidential campaigns for Mitt Romney and Jeb Bush. But talk of the economy has at times taken a backseat to heated clashes with Democrats in recent months.

“He prefers a campaign focused on hot-button issues like immigration and an appeal to identity politics as a way to stir the base,” he said. “He talks about the economy almost as an afterthought after he’s riffed through his greatest hits like The Wall, The Squad, and The Socialists.”

Kochel added: “That said, if a growing group of voters believes the economy is headed in the wrong direction and consumer confidence starts to erode, it could rise to the top of the list of concerns voters have and ultimately cost the president support he should be able to count on in a strong economy.”

Read More: Trump vowed to pay off the national debt in 8 years. But he’s touting a budget deal that would raise spending by more than $300 billion.

Trump advisers have a very different outlook for the economy than the Federal Reserve, which has increasingly become a target for the president ahead of the 2020 elections. The central bank forecasts a GDP print of between 2% and 2.2% this year.

The administration’s ultra-rosy forecasts appear to be a departure from the norm. It’s unusual that White House estimates differ from the mid-point of the central bank forecasts by a percentage point or more for each of the next three years, said Josh Wright, a former Federal Reserve staffer.

“We can benchmark this to the Fed,” said Wright, who is the chief economist at iCIMS, a recruiting software company. “There’s significant diversity among Fed economists, and the range among their GDP projections hasn’t been wider than 0.8% since March 2018. The White House forecast is currently high relative to the highest of the Fed projections in the dot plot.”