Latest News
Home /IT DIDNT WORK: Despite the Fed, the yield curve is stuck in recession mode, stocks are a mess, and manufacturing is in retreat 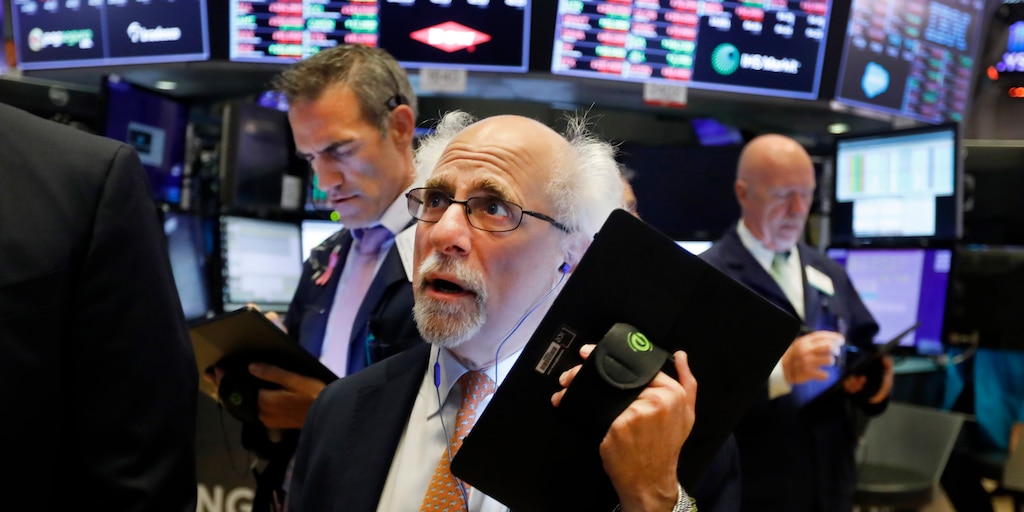 The Federal Reserve’s first cut to interest rates since 2008 was intended to bolster the US economy. Instead, a key recession indicator stayed stuck, flashing red.

The yield curve, or the margin between short- and long-dated US Treasury yields, narrowed on Wednesday. The catalyst was Fed Chairman Jerome Powell’s description of the central bank’s 25-basis-point reduction as a “mid-cycle adjustment” intended to protect against “downside risks,” dashing investors’ hopes for a procession of cuts over the coming months.

The gap in yield between three-month and 10-year government bonds slid further below zero to hover at about -5.5 basis points. The measure — which shows how uncertain bond investors are about the short-term fate of the economy — has inverted before every US recession for the past 50 years, according to the Financial Times.

Meanwhile, the two-year Treasury yield rose to a two-month high, according to Bloomberg. As a result, the gap between the two-year and 10-year yields narrowed to as little as 10 basis points, the slimmest gap since late March, before widening again.

US stocks declined on the news, the European and Asian markets were mixed, and real-world survey data from manufacturers in Europe showed the economy was slowing. Put all those factors together — a rate cut not shifting the yield curve, stocks going nowhere, and lousy macro data — and you have all the warnings signs for a contraction, all flashing at once.

Equity investors may be worried that the rate cut was not deep enough to move yield curves. They pushed US stocks lower:

In Asia and Europe, it was more mixed:

“What a mess,” said Michael Every, senior Asia-Pacific strategist at RaboResearch, in a research note.

The Fed trimmed rates “despite starting the year planning further hikes, despite ultra-low unemployment, and despite their own general admission that everything is basically awesome,” he said. “Yet we ended the day with stocks lower, the US yield curve viciously flattening, and the US dollar at a two-year high.”

Out in the real world, the global economy gave every sign is was entering a contraction. The purchasing managers’ index (PMI) for manufacturers in Europe hit its lowest measure since December 2012 in July, according to IHS Markit. 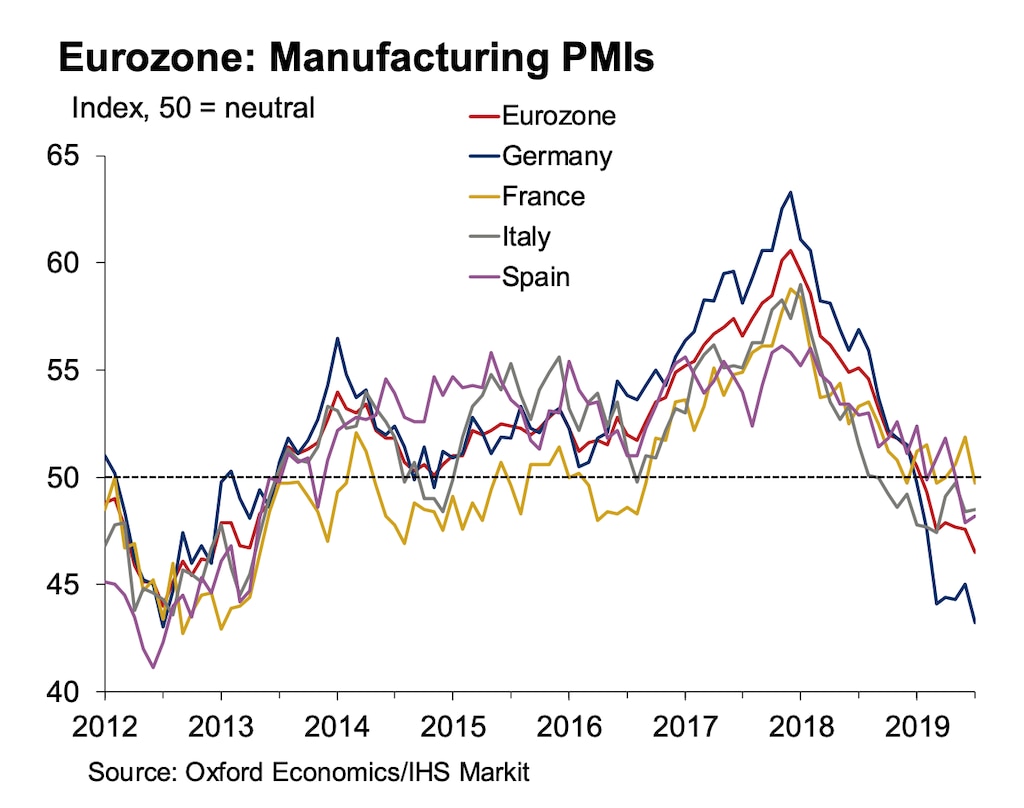