Latest News
Home /The most important number in markets: Heres why traders around the world have become obsessed with a daily dispatch from China 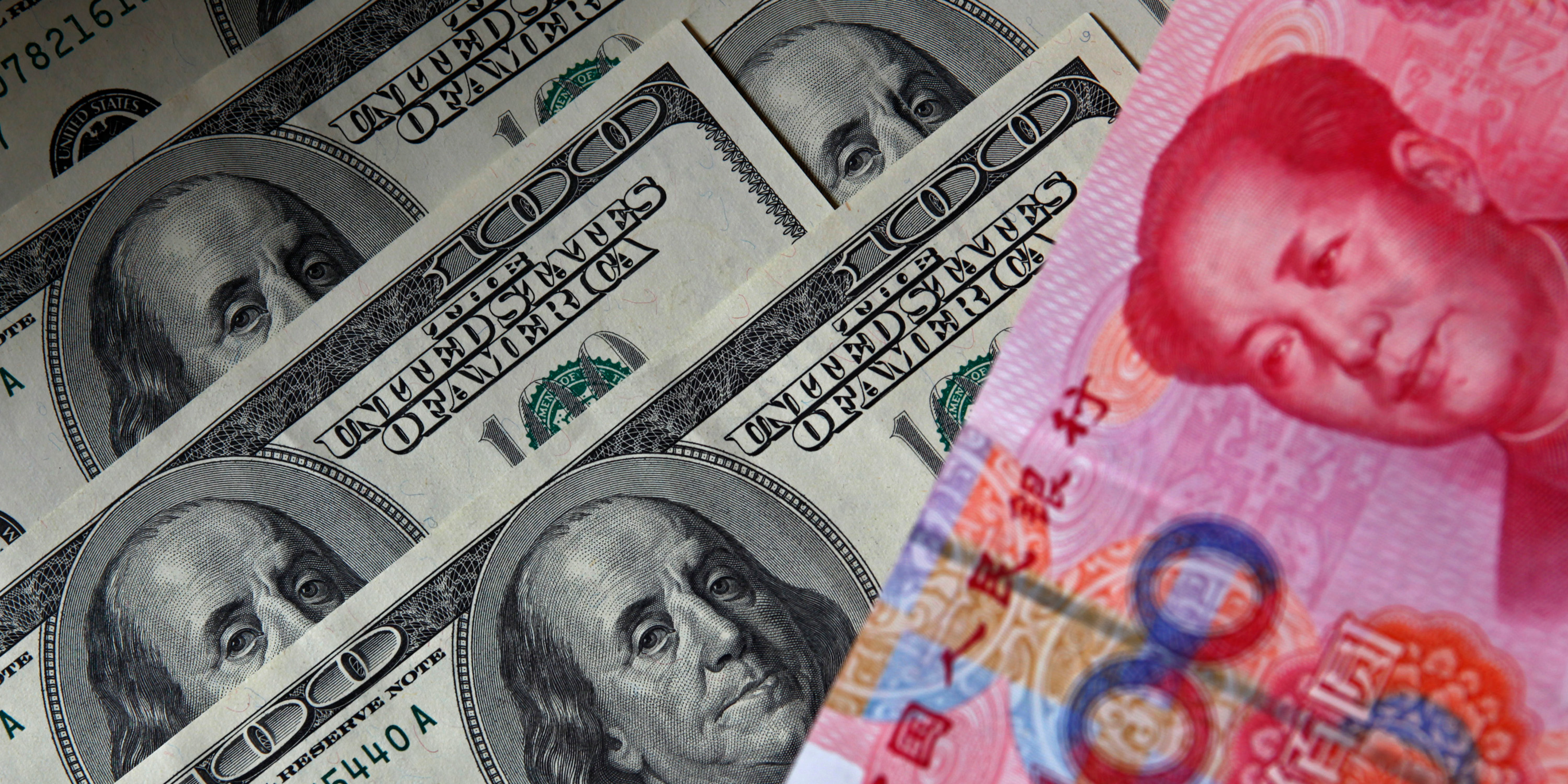 China shocked markets on August 5 by allowing its currency to breach the key level of seven yuan per US dollar for the first time since the 2008 financial crisis.

The move was seen by many as retaliation for tariffs announced by President Donald Trump that are set to go into effect on September 1. Once instated, they’ll ensure nearly all Chinese imports are taxed.

Markets reacted violently to the breach, with US equities tumbling to their worst day of 2019. In the bond market, the three-month and 10-year yield curve – an indicator that’s viewed as a reliable recession signal – inverted to the largest degree since 2007.

As all of those crosscurrents raged, it became clear that the seven yuan per dollar level was something to be reckoned with. With traders, economists, and central bankers alike now keenly focused on it, the People’s Bank of China’s daily fix – or where it pegs the yuan versus the dollar – has become the market equivalent of appointment viewing.

We further unpack below why the seven per dollar level is so significant, how a weaker yuan aids China, and why traders have become so transfixed by the foreign currency:

How does China set its currency’s value? 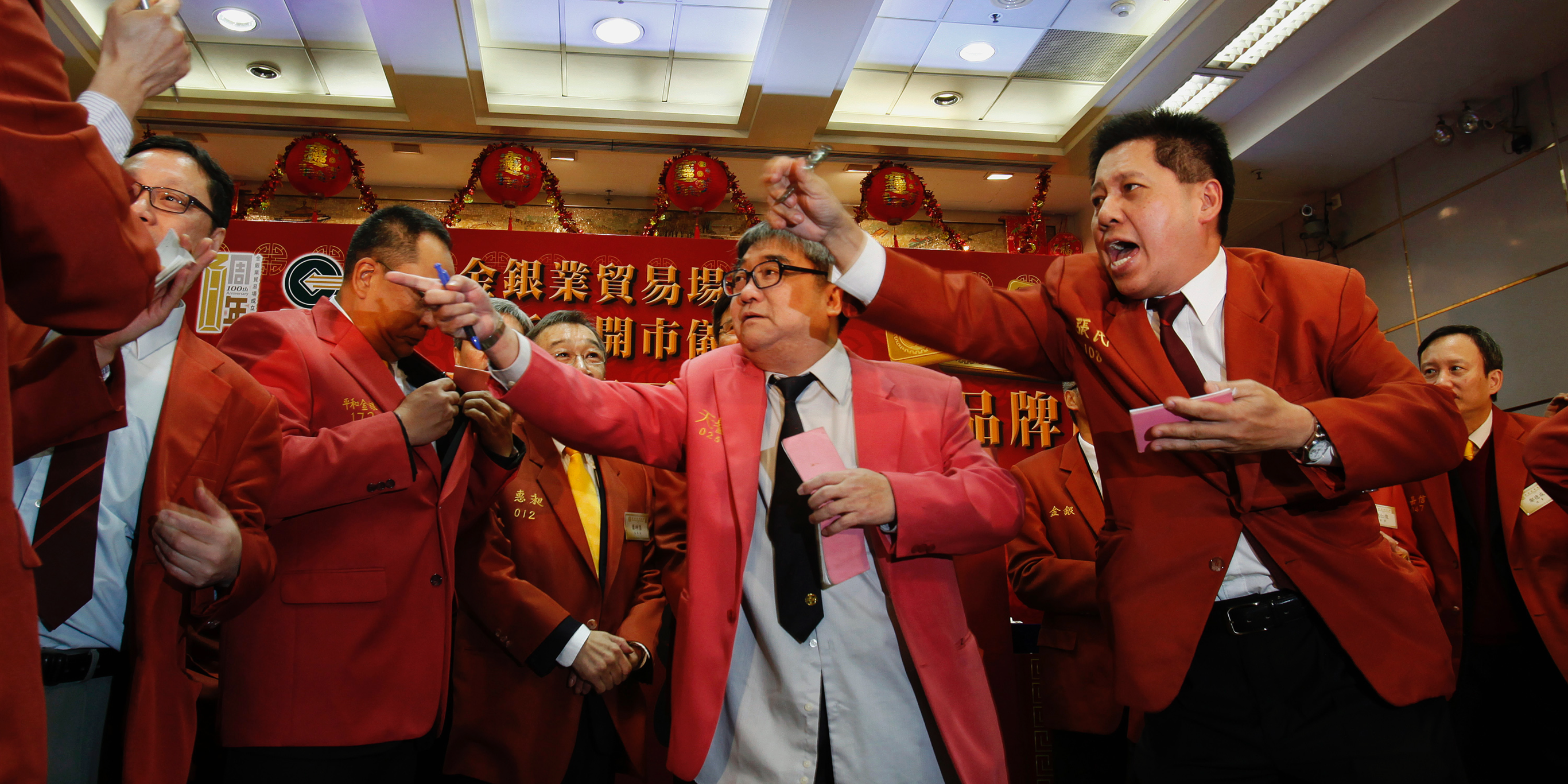 The yuan, unlike other currencies, isn’t freely traded. On a daily basis, the Chinese government fixes the rate of the yuan, then allows it to fluctuate as much as 2% within that set window.

While the yuan didn’t move outside of that 2% band on Monday, the fact that it set the rate below seven for the first time in 11 years was alarming enough for investors.

China has been even more aggressive with its currency in the past. It stepped outside its normal 2% band in August 2015 by weakening the yuan in three consecutive devaluations, cutting more than 3% off its value. That also caused extreme market turmoil.

How does a weaker yuan help China? 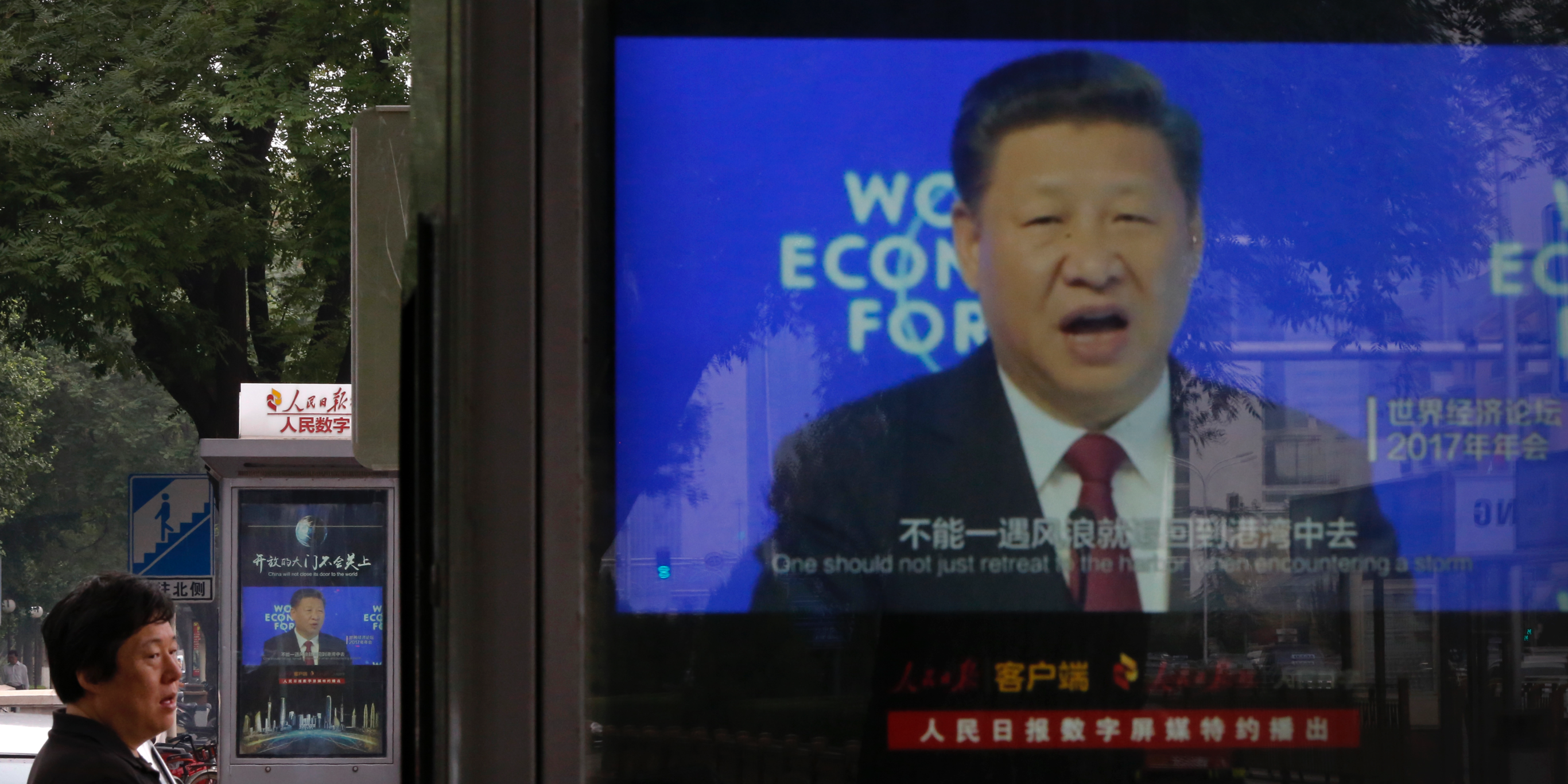 Traders, analysts, and economists alike view the move as a contingency against fallout from the US-China trade war, as a weaker yuan gives China an advantage in global trade.

As the yuan becomes cheaper compared to other currencies, Chinese goods are cheaper in other countries. This would counteract tariffs set by President Trump meant to punish China for intellectual property theft and currency manipulation.

It’s not all good news for China. A cheaper yuan drives up the price of imports, risking inflation as the nation’s economy is already growing at the slowest rate in three decades. It also motivates traders to turn away from the yuan and other Chinese assets as the weaker currency brings increased volatility.

What does the seven per dollar level represent? 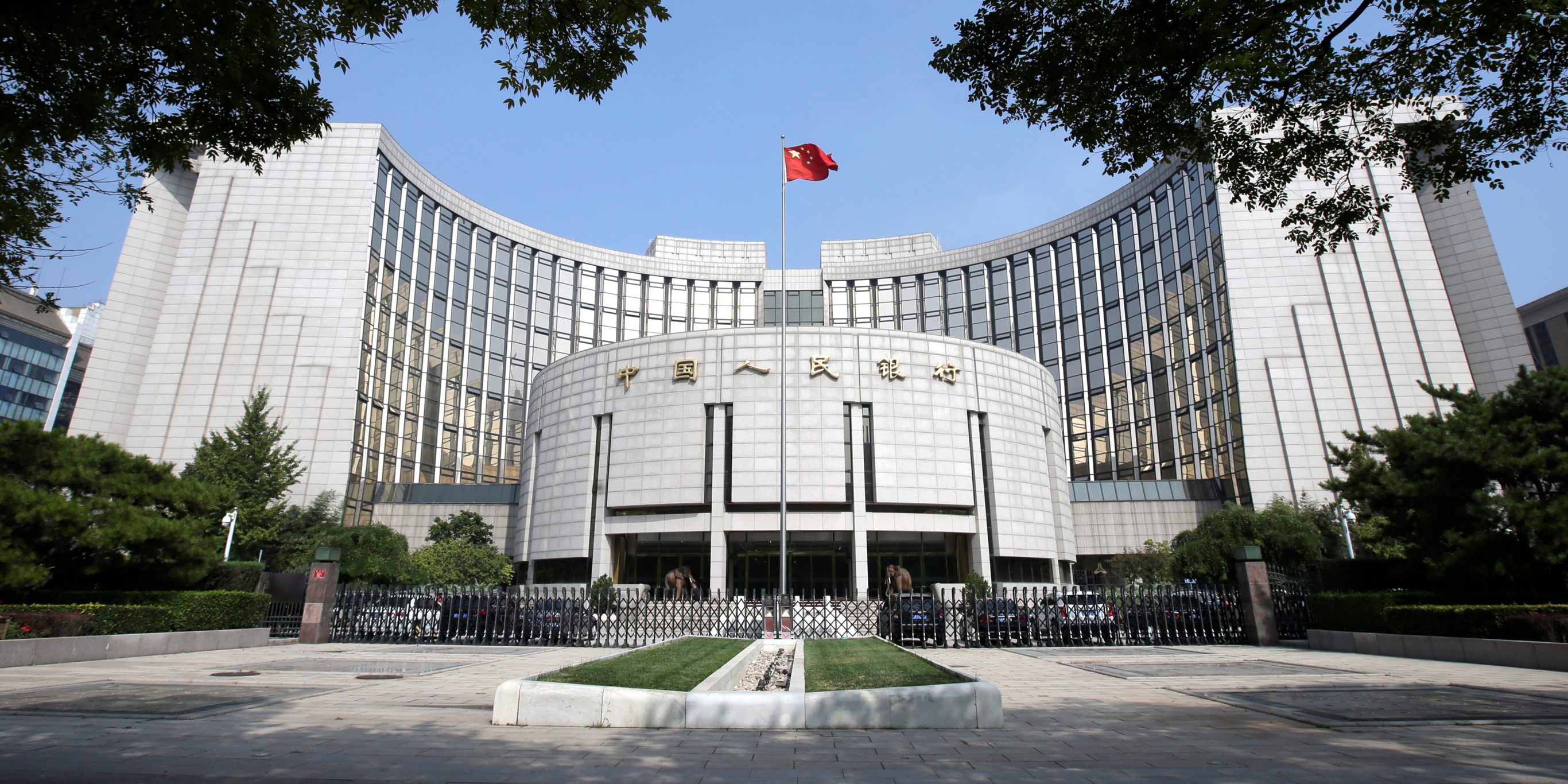 The US economic cycle is the longest in history, and the last time China’s yuan was allowed to fall to this level was in the midst of the Great Recession.

Though the seven yuan per dollar line is largely arbitrary and not set by any specific policy, China has set a precedent for keeping its currency above that floor due to its psychological implications.

That was back in 2016, when the nation faced a sharp yuan depreciation, then subsequently spent more than $107 billion of its foreign currency reserves in a single month to keep the yuan above the seven per dollar level.

The strategy boosted China’s export business but led investors to move their funds out of the country’s economy. It also prompted the US Treasury Department to critique China for currency manipulation.

Other nations have long scolded the People’s Bank of China for its influence on the yuan, claiming it weakens the currency whenever the country needs a leg-up in global trade.

The bank’s governor recently countered such claims, saying the country “will remain committed to the market-based exchange rate regime, refrain from competitive devaluations, and will not target exchange rate for competitive purposes.”

What does it mean to be labeled a “currency manipulator” by the US Treasury Department? 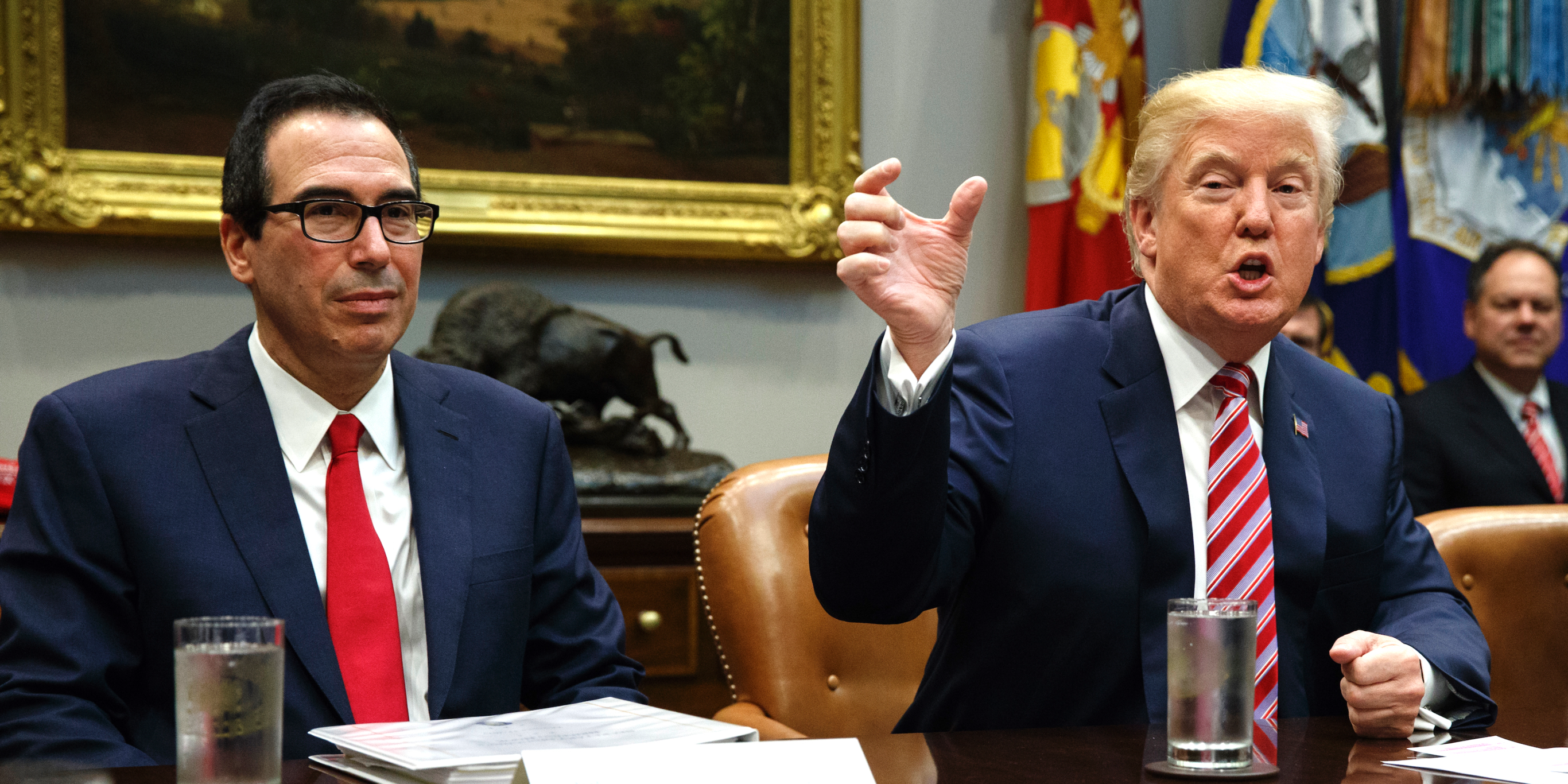 After the yuan fell below the critical level Monday, the Trump administration officially named China a “currency manipulator.” Though the designation is primarily symbolic, it does escalate the trade war by showing a united front from US officials against the Chinese government’s decision.

The International Monetary Fund recently deemed the yuan a fairly valued currency, so the odds are slim that a global entity will intervene. However, if the label sticks, Trump may use it to continue raising tariffs or sway his supporters’ opinions against China.

The trade war rages on, but the weaker yuan has now prompted a so-called “currency war.” Trump has repeatedly called for a weaker dollar, and a prolonged conflict could see both countries fighting to bring their respective currencies lower than before. There have even been reports of the president looking to manipulate the dollar against the yuan to combat China’s actions.

Why does Wall Street care so much about the foreign currency? 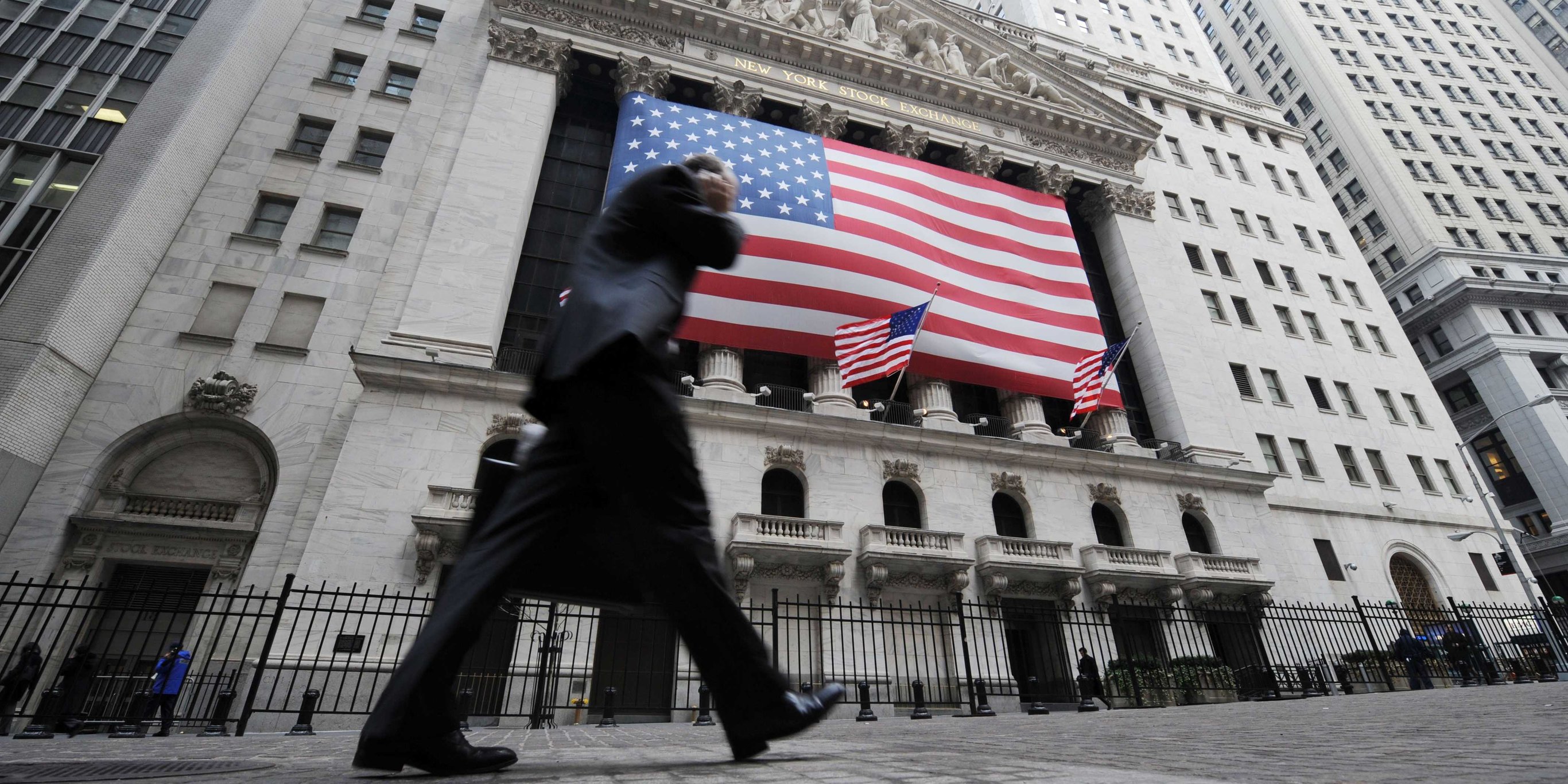 With the US-China trade conflict dragging into its second year, investors and analysts are desperate for a sign that the two countries are on their way to making a deal.

US stocks saw their worst day of the year after the yuan fell below the psychological level, as the move shows China is nowhere close to backing down in the trade war. The country also reneged on its plans to buy US agricultural products Monday, placing a far more immediate pressure on the US economy.

The trade war is playing a massive role in slowing global growth and prompting rate cuts from central banks. Wall Street is holding its breath as it waits to see whether the Fed can get ahead of a possible recession, but Fed Chair Jerome Powell cited overall uncertainties as a main reason for the first cut since the financial crisis.

The unpredictability of both countries’ actions leaves Wall Street in the dark. A number of economic indicators – namely the yield curve and the New York Fed’s recession probability model – point to the historic economic expansion coming to a close.

The seven yuan per dollar breach is just one part of the complex trade war, but the currency’s movement signaled to investors that neither country is in the clear.