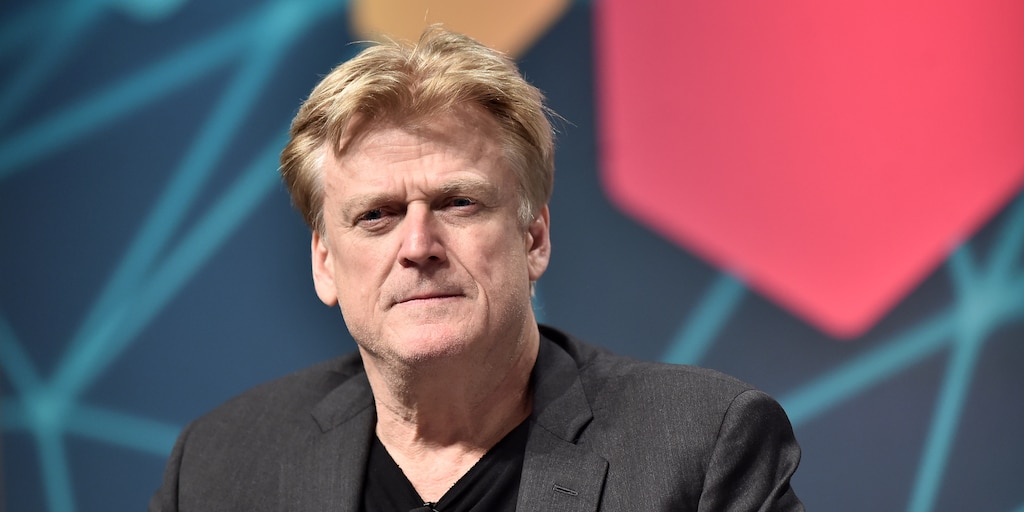 Overstock.com CEO and founder Patrick Byrne announced his resignation in a Thursday shareholder letter, saying his “presence may affect and complicate all matter of business relationships.”

The letter opened with two quotes, one stating the founder is “already far too controversial to serve as CEO” and the other simply noting he does “not wish to disrupt possible strategic discussions.”

The news follows an August 12 statement from the executive saying he assisted in federal investigations into the 2016 presidential election. In the “comments on Deep State” statement, Byrne referred to law-enforcement officials as “the Men in Black” and said his choice to go public was encouraged by his “Omaha Rabbi.”

Byrne’s resignation was preceded by a temporary trading halt on the Nasdaq. The exchange’s website showed the pause starting at 11:55 a.m. ET and trading resuming at 12:30 p.m. ET.

Byrne’s August 12 press release drew attention to his three-year relationship with Russian spy Maria Butina, though it wasn’t specifically mentioned. He made the statement to reveal his issues with how the federal government handled its case against Butina, The New York Times reported.

The spy’s work came to light after her July 2018 arrest. Butina was sentenced to 18 months in prison in April for conspiring to infiltrate the National Rifle Association on behalf of Russia.

The unusual statement led shares to fall as much as 36% from Monday to Wednesday before partially recovering. The sell-off knocked off up to $317 million from the company’s market cap.

The CEO’s August statement was just the latest in a series of unconventional actions taken by the executive.

Byrne joked during an early August conference call about loaning office space to the SEC during an investigation into Overstock’s cryptocurrency project, according to Bloomberg.

In May, he told shareholders he had to sell stock in the company to bump his salary. Byrne refused a bonus for years and declined larger salaries, Reuters previously reported.

Shares traded as much as 17% higher after shares resumed trading. Overstock traded at $20.93 per share as of 1:05 p.m. ET Thursday.

The online retailer is up about 58% year-to-date.

The stock market’s most important safety net is in danger 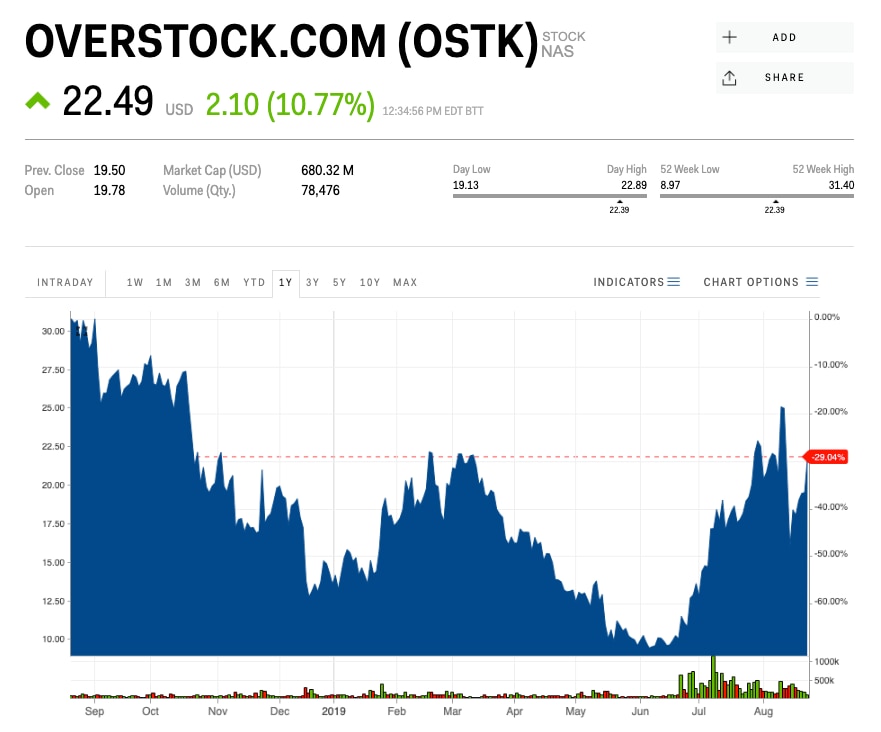