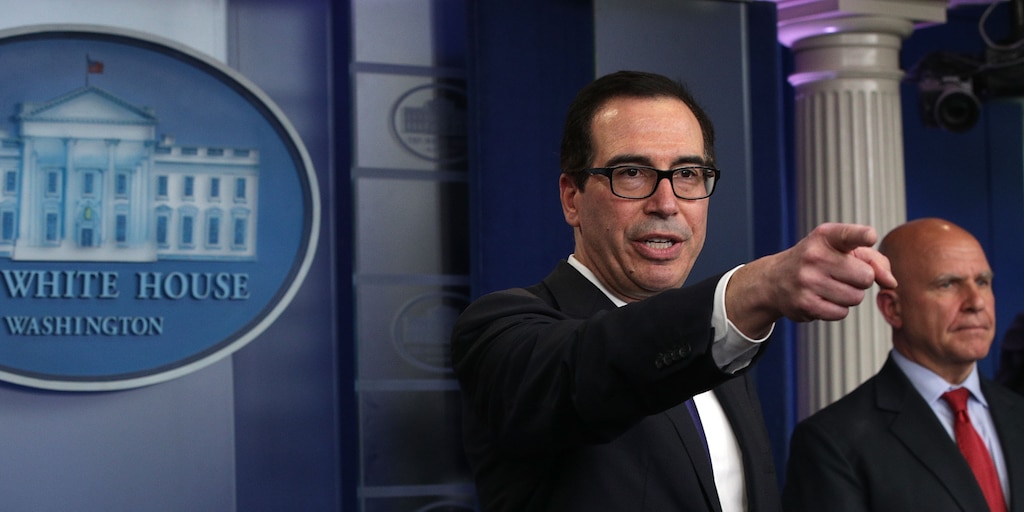 The US Treasury is exploring a debt issuance that Wall Street may not be too excited about.

Treasury Secretary Steven Mnuchin told Bloomberg News that the Trump Administration is reviewing the possibility of issuing ultra-long term bonds with maturities of 50 and 100 years.

“If the conditions are right, then I would anticipate we’ll take advantage of long-term borrowing and execute on that,” Mnuchin said during an interview.

It’s likely the Treasury is exploring the option as a way to take advantage of historically low interest rates to issue long-term debt on more favorable terms. It would also help the Trump Administration close the gap on a budget deficit that’s creeping toward $1 trillion a year.

However, Wall Street hasn’t expressed much interest in ultra-long bonds in the past, according to Bloomberg. The idea has been bouncing around since 2009, and Mnuchin reportedly began looking into the option in 2017. He cast the idea aside after conferring with the Treasury Borrowing Advisory Committee, which includes employees of Bank of America, JPMorgan Chase, and Goldman Sachs.

The possibility resurfaced when Mnuchin met with Larry Kudlow, the White House National Economic Adviser, earlier this month shortly after the yield curve inverted, according to the Bloomberg.

One of the major risks of ultra-long bonds is that their demand can be highly-volatile as the economy fluctuates. Investors might have an appetite for the bonds when yields are high, but as the economy slows down and the Federal Reserve lowers interest rates, demand is likely to wane.

The news also comes after a few bumpy weeks in the bond markets. Investors have been on edge as the spread between short- and long-dated Treasury yields has inverted several times over the last month. The occurrence has preceded every economic downturn since 1950 and is often regarded as a harbinger of a recession because it shows Wall Street sees higher risk in long-term debt compared to short-term.