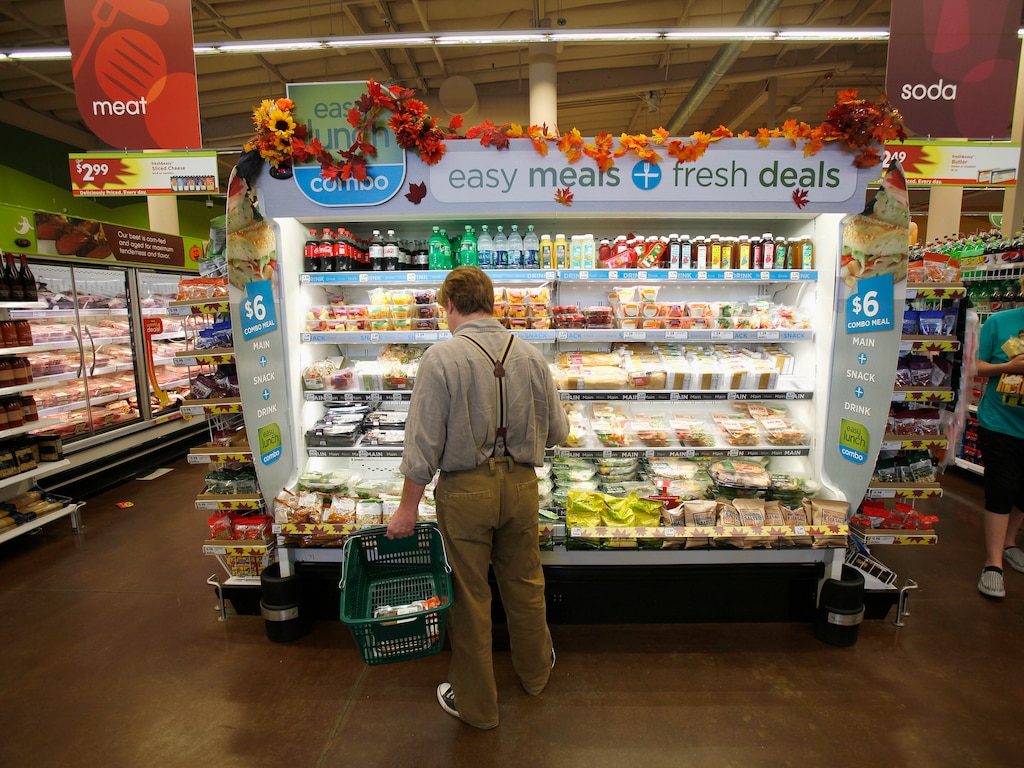 At some Kroger stores, customers will soon be able to find plant-based burgers and other fare right next to its animal counterparts — in the meat aisle.

The grocery store has teamed up with the Plant Based Foods Association to conduct an experiment in some stores where it will house plant-based meat in the conventional meat department for 20 weeks to see if there’s any impact to sales of either product.

The experiment will take place in 60 Kroger stores across Denver, Indiana, and Illinois, and sales and customer engagement will be tracked by Kroger’s data analytics subsidiary.

The study came about because of ongoing confusion in grocery stores that aren’t sure where they should put new plant-based meat products. Companies such as Beyond Meat want their products to be housed where consumers go for real meat, but some grocery stores instead put them in the frozen department, or in the vegan or vegetarian aisle.

Based on the results of the study, retailers will benefit by having “clear, consistent, and accurate research results to guide merchandising and marketing decisions,” Kroger and the PBFA wrote in a press release.

Read more: The chief strategist at a $1 trillion investing giant says Trump is doomed to lose his trade war — and explains why that would be the best possible outcome for markets

The stakes are high for plant-based food producers. In the US, plant-based meats are a $14 billion industry that analysts think could balloon to $140 billion over the next decade. As demand for the plant-based products soars, many traditional food producers have launched their own lines to compete, including Kroger. The grocery store recently announced its own plant-based brand, called Simple Truth.

It’s already clear the customers who buy plant-based meat also buy traditional meat — in fact, Beyond Meat’s goal is to win over people who do eat meat as opposed to vegans or vegetarians with its products. It’s shown in financial documents that more than 90% of customers who bought its product at a Kroger also bought meat last year.

The PBFA is also involved in a number of cases pushing back against labelling laws that make it illegal for plant-based meat producers to use words such as “hot dog” “burger” and “bacon” to describe products. Recently,

“Plant-based meat sales have been increasing dramatically year over year, even while most of them are placed where only the most dedicated consumers are likely to find and purchase them,” Julie Emmett, senior director of retail partnerships for the Plant Based Foods Association, said in a press release.

Shares of Kroger are down about 7% year to date. 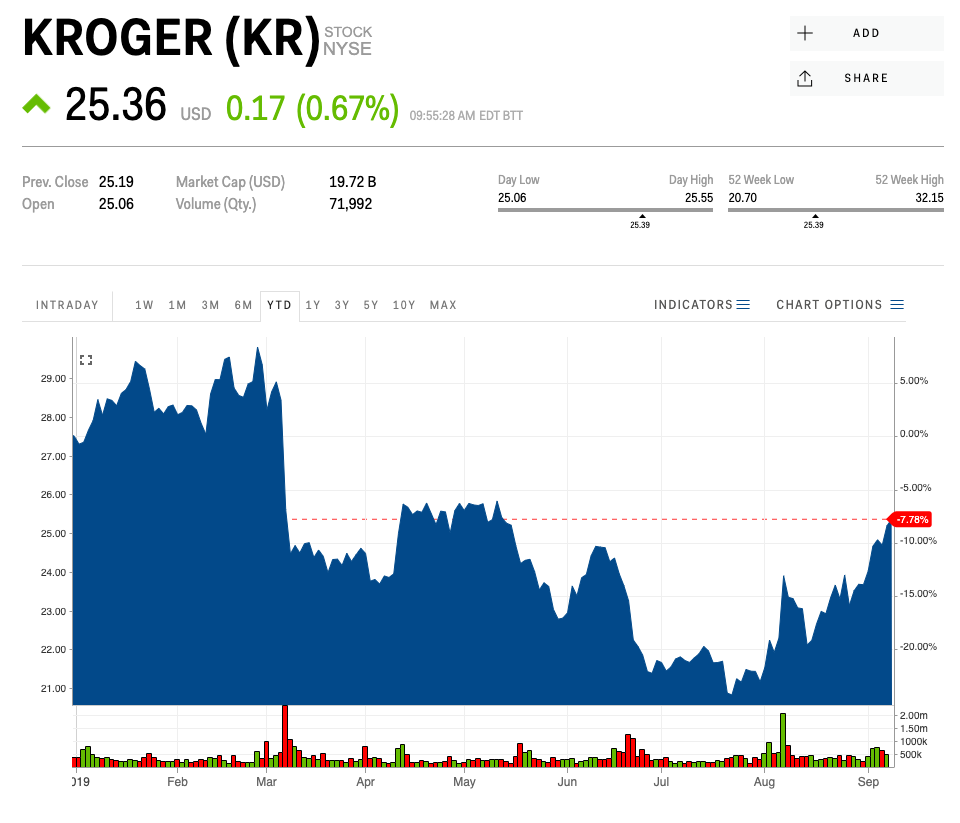