Latest News
Home /We spoke to 5 money managers about how Trump impeachment proceedings could impact the stock market. Heres what they said. 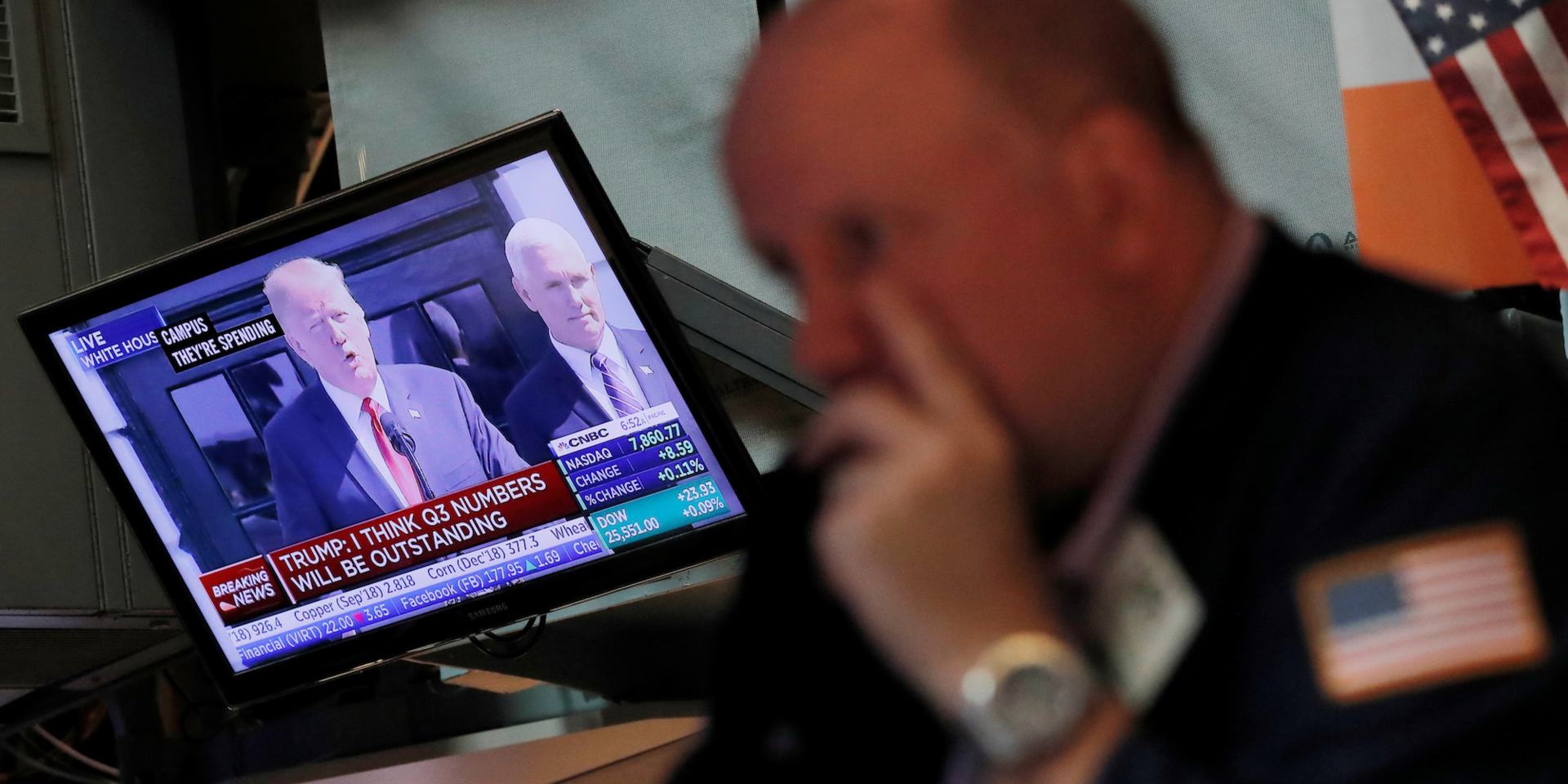 On Tuesday, House Speaker Nancy Pelosi announced that the House of Representatives will open a formal impeachment inquiry against President Donald Trump.

The proceedings came after a whistleblower complaint revealed that the President asked Ukrainian President Volodymyr Zelensky to investigate former Vice President Joe Biden and his son, Hunter, over corruption allegations at least eight times during a July phone call.

Stocks tumbled following the announcement, then gained Wednesday when President Trump signaled that a deal between the US and China could be coming soon. By Thursday, geopolitical fears had taken over investor sentiment again and stocks traded mostly lower.

The impeachment process is happening against a backdrop of mounting geopolitical uncertainty that’s already roiled markets over the summer. US economic data that shows that the trade war is starting to impact US consumers, businesses, and could even drag down the US economy. And outside the US, other large economies are either in recession, like Germany, or precariously on the brink, like Italy.

So far, it’s unclear if the impeachment proceedings will have a direct impact on the market, according to money managers interviewed by Markets Insider. And even though President Trump tweeted that the market would crash if Democrats impeach him, the stock market is still within 3% of a record high.

Read more:A $490 billion investing firm is worried that record corporate profitability is unsustainable. Here’s its how it’s preparing for an ‘inevitable’ collapse.

“I believe the market is mainly going to look past this,” Chris Zaccarelli, chief investment officer of the Independent Advisor Alliance told Markets Insider in an interview.

He thinks the market will make a big distinction between Trump being impeached, and him actually being removed from office. At this point, it doesn’t look like there will be enough Senate Republicans willing to vote for Trump’s removal, Zaccarelli said.

Still, industry watchers are split on how the impeachment proceedings may impact other market moving events such as the trade war.

“You could make the argument that he might be more likely to do a deal with China to get the economy going again,” Zaccarelli said.

Given that the trade war has been a major market mover over the last year and a half, that could have a huge impact on US markets.

Business Insider spoke with five money managers about what the impeachment proceedings mean for the stock market and investors going forward. Here’s what they said: 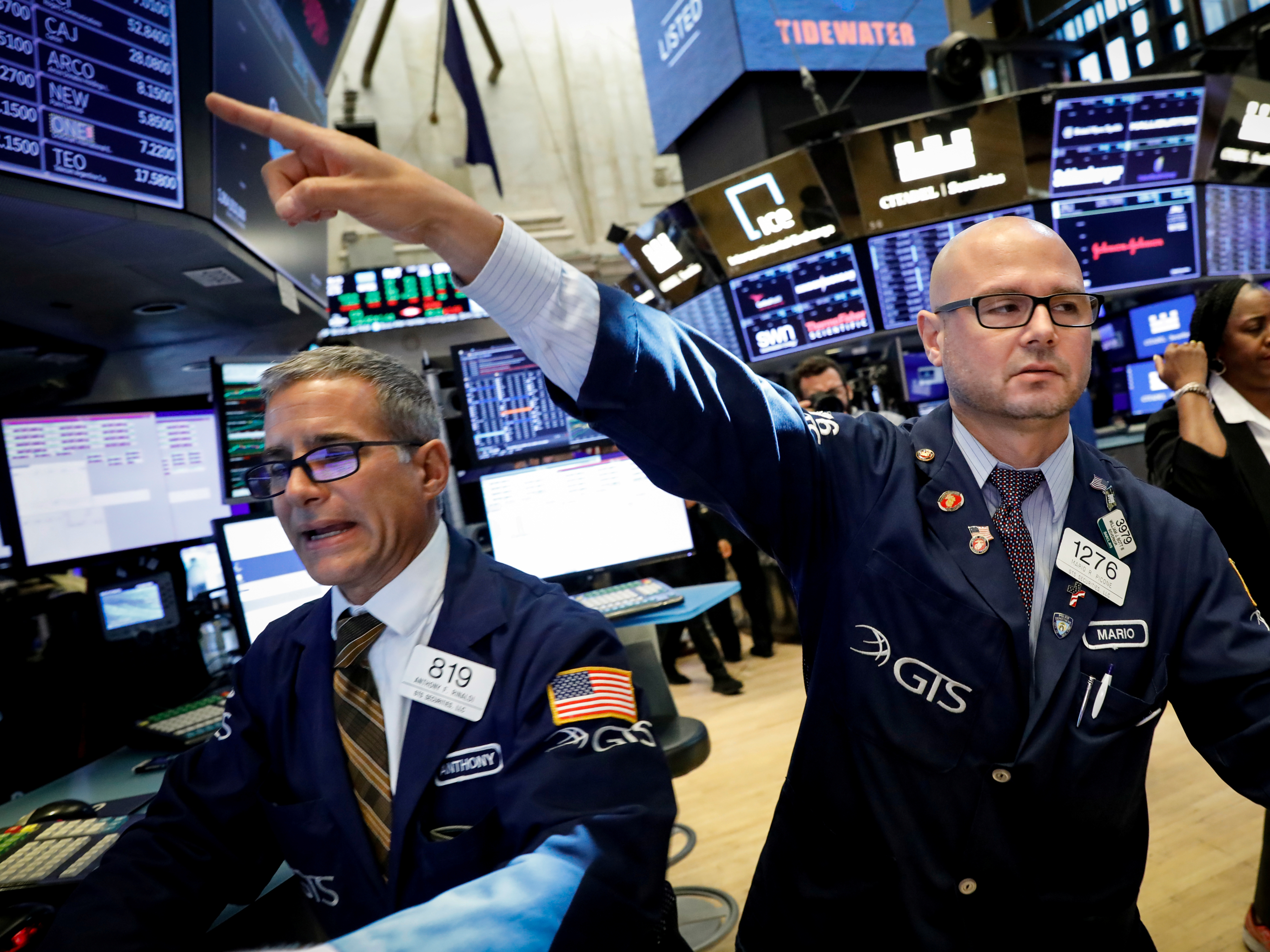 “As political headlines continue to take center stage, it is important to remember that political games, predictions and proceedings are all temporary events as it pertains to the US markets,” Dom Catrambone of Volshares told Markets Insider in an email.

“What these impeachment proceedings will mean for the market in the long term is very hard to diagnose, but it is certain that the proceedings will lead to a higher degree of volatility,” he said.

“One key element in today’s trading environment is the advent of algorithmic trading,” he said. “In this trading method, various terms from political and news coverage, such as ‘Trump’ and ‘Impeachment’ will automatically trigger trading signals, therefore adding non-fundamental reasons for a particular upswing or downturn in the markets.” 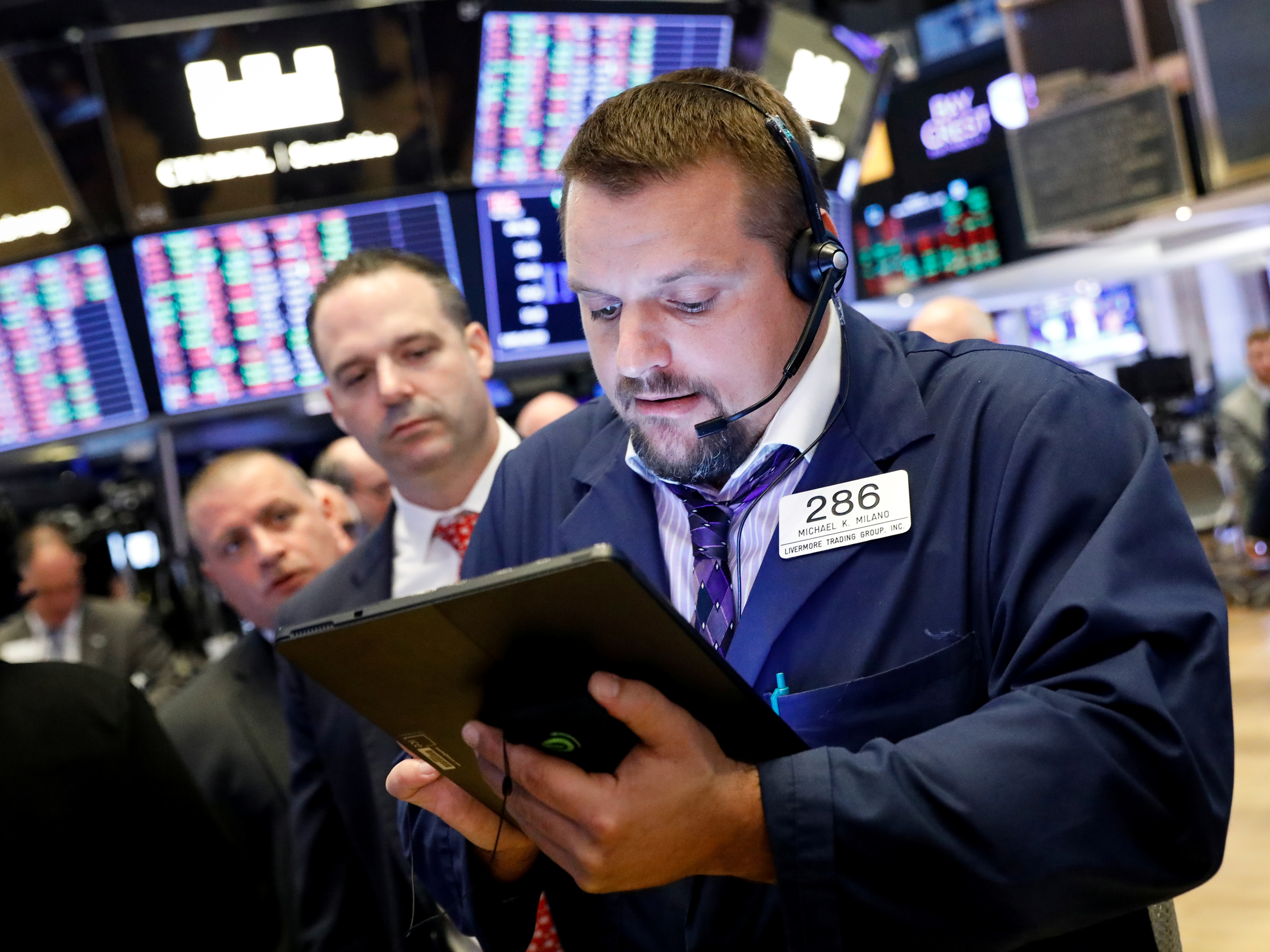 “To the extent that President Trump is impeached, but not removed from office we believe the market will completely look past all of these political headlines,” Chris Zaccarelli, chief investment officer for the Independent Advisor Alliance, told Markets Insider in an email.

This has happened before, he wrote: “During the time the House voted to impeach Bill Clinton and the Senate decided not to remove him from office, the S&P 500 rose 27%,” he said.

For investors watching the news right now, Zaccarelli says most impeachment headlines should be ignored.

“It’s mostly noise,” he told Markets Insider in an interview. “Unless something material changes and it looks more likely that President Trump is actually going to be removed from office, I wouldn’t do anything differently than you’re already doing.”

If you’ve got a long enough time horizon you shouldn’t be looking at market swings anyway, he said, and when the market goes down, it’s actually a good time to buy. For retirees living off of their investment income, the situation is different, he said.

Thyra Zerhusen, chief investment officer of Fairpointe Capital: “We are sort of tiptoeing around” 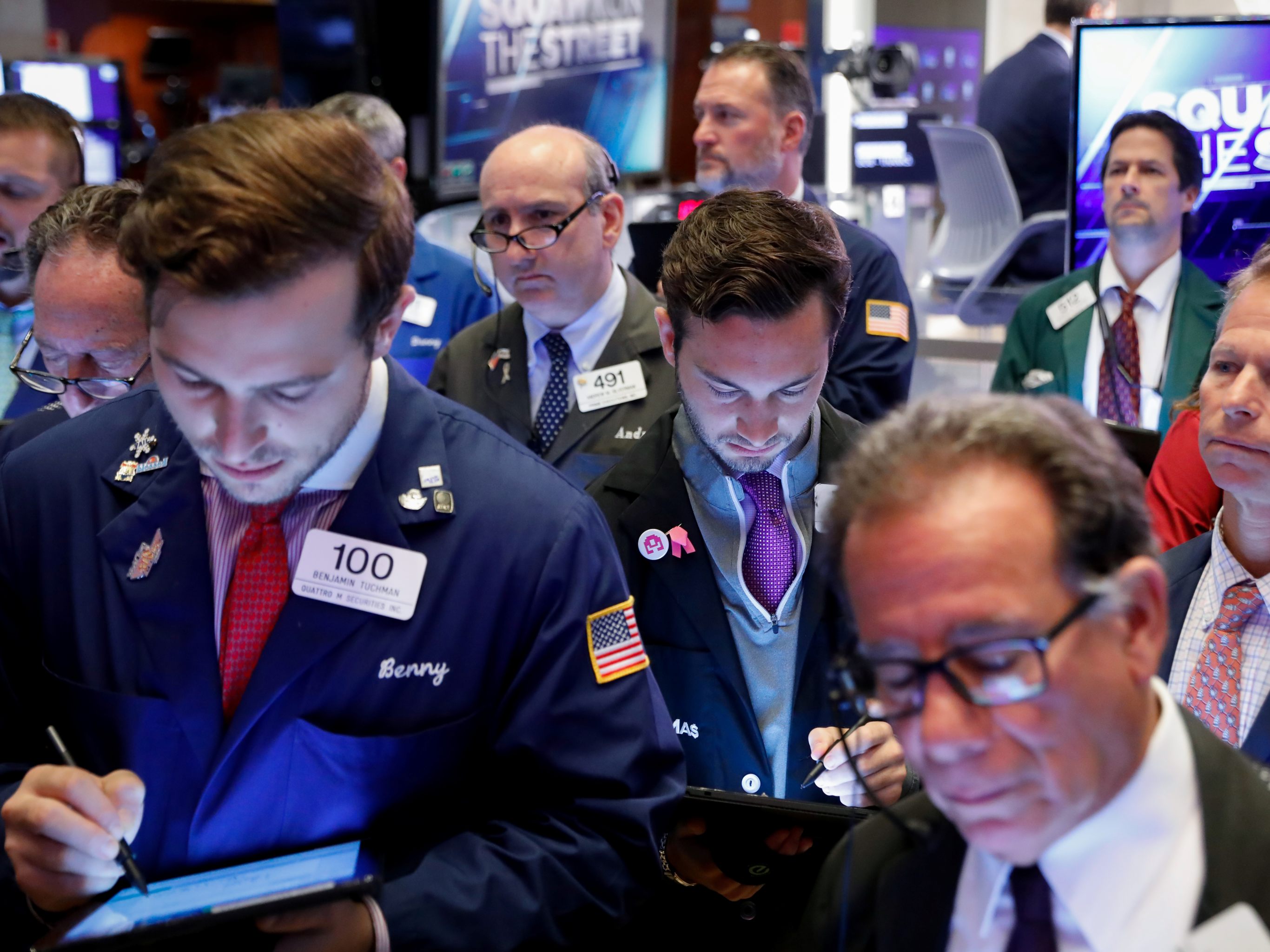 “We have had an extensive period of a lot of volatility,” Thyra Zerhusen of Fairpointe Capital told Markets Insider in an interview. Trump has added to this with his tariffs on, tariffs off negotiations with China and Mexico, she said.

“I think it is not productive, all this uncertainty,” she said. “Uncertainty is not good for the stock market, and people are trying to figure out where they can hide.”

In addition, Zerhusen said that the mounting uncertainty has been damaging to companies.

“It hasn’t been productive for capital investments,” Zerhusen said, “because uncertainty is not good for companies trying to figure out where to put new production. It’s disruptive.”

Still, right now, she’s not going to change anything. “We are sort of tiptoeing around, but basically doing the same thing,” she said. “You know, some stocks are quite undervalued and we add to those,” while always keeping the impact of tariffs in mind, she said. 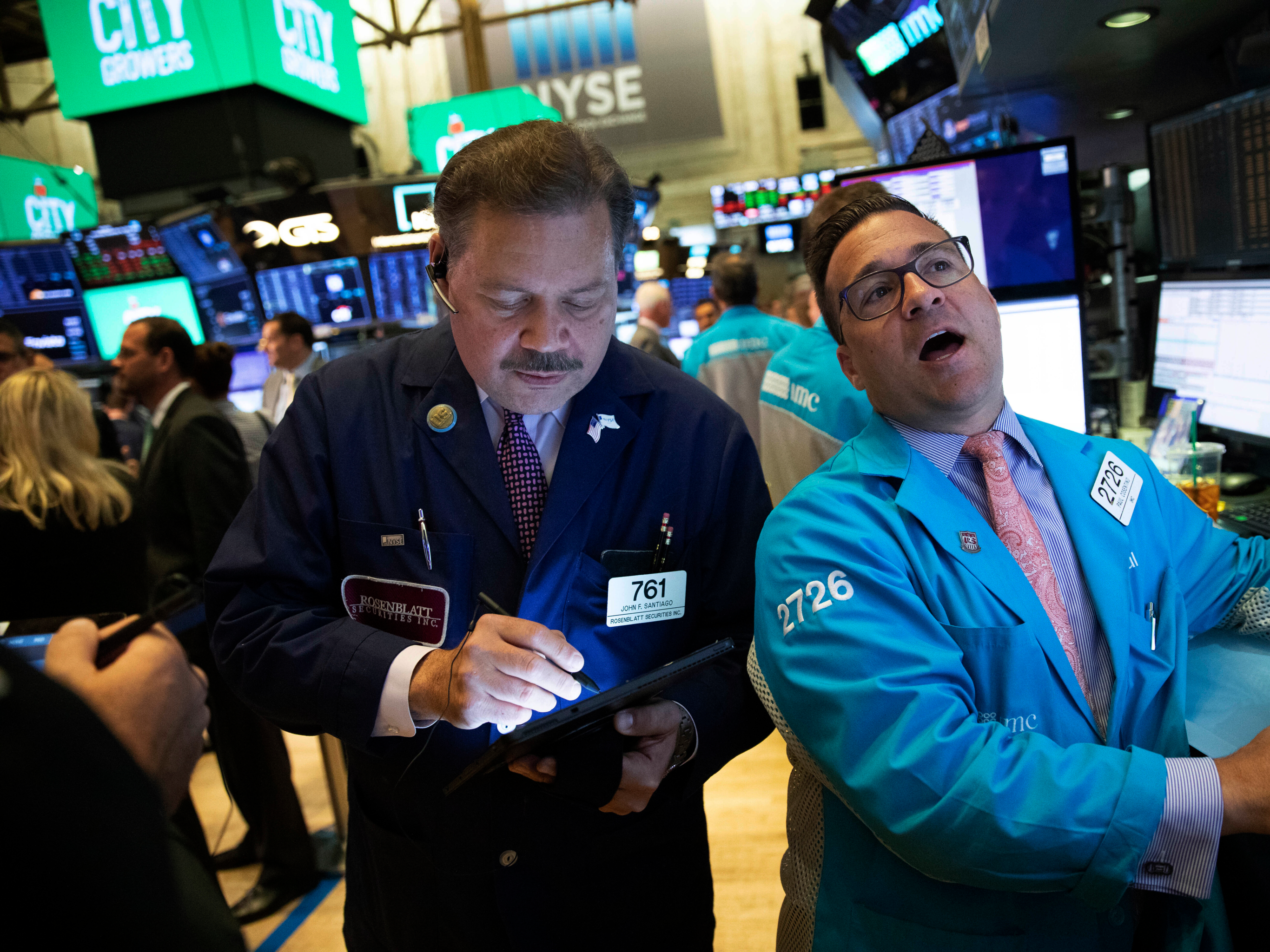 “While there has been a slightly negative market reaction to the House impeachment inquiry, this is entirely rational, and nothing that could be called a panic,” Donabedian said. “Investors are less scared or shocked by the possibility of impeachment and more concerned with the fundamentals of the market.”

Going forward, Donabedian said markets will be watching to see if policy and trade talks move ahead. Trade has been the “biggest cloud over financial markets” for the last 18 months, and the worry is that impeachment proceedings could stall progress even further.

He’ll be watching Nancy Pelosi for signs of what might come.

“My bet is that Pelosi leans in that direction of saying we can walk and chew gum at the same time,” Donabedian said, and that she will work to move forward both the impeachment proceeding as well as policies such as the USCMA trade deal.

“We actually might see passage of the new NAFTA before the end of the year,” he said. That, or a trade agreement with Japan, “would be a big deal.” 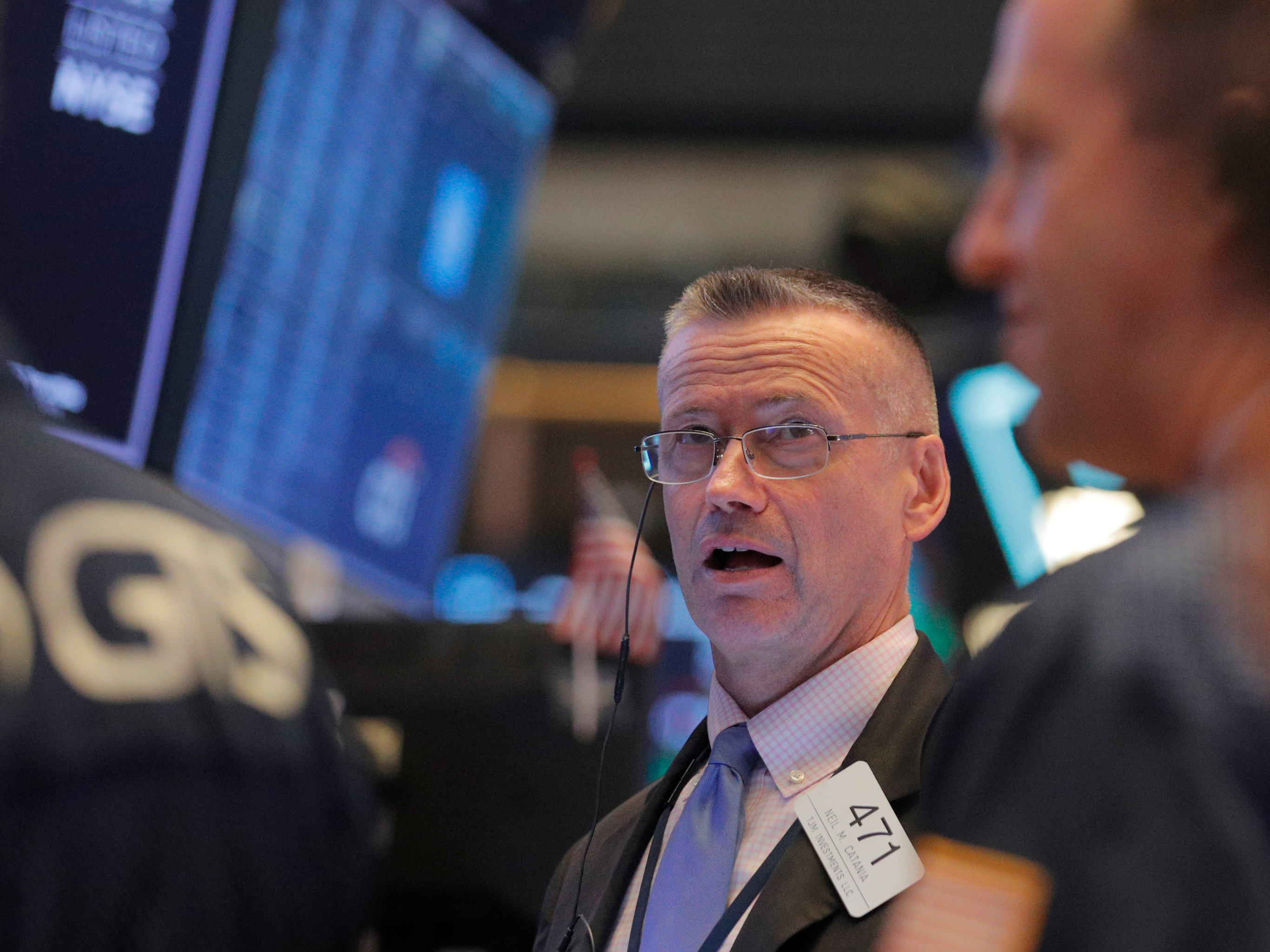 “This is a kind of a shock to the system, although the shock itself may take some time,” said Lewis Altfest, chief investment officer of Altfest Personal Wealth Management, in an interview with Markets Insider.

The key uncertainty is whether the US and China will come together and agree on a trade deal, Altfest said. But, if Trump is under extra pressure because of an impeachment proceeding, “it becomes even more important that he does a lot of deals successfully,” said Altfest. And, “it could result in him having a deal, but it isn’t really a good deal overall,” he said.

Meanwhile, the stock market is high but not approaching a bubble, Altfest said, and there are concerns about the underlying economy.

He said investors should be mindful of the eventual outcome of current political events. To protect themselves from market swings, “they should be conservative in building their portfolio and have more stable stocks, and value oriented stocks, than higher valuation stocks,” he said.