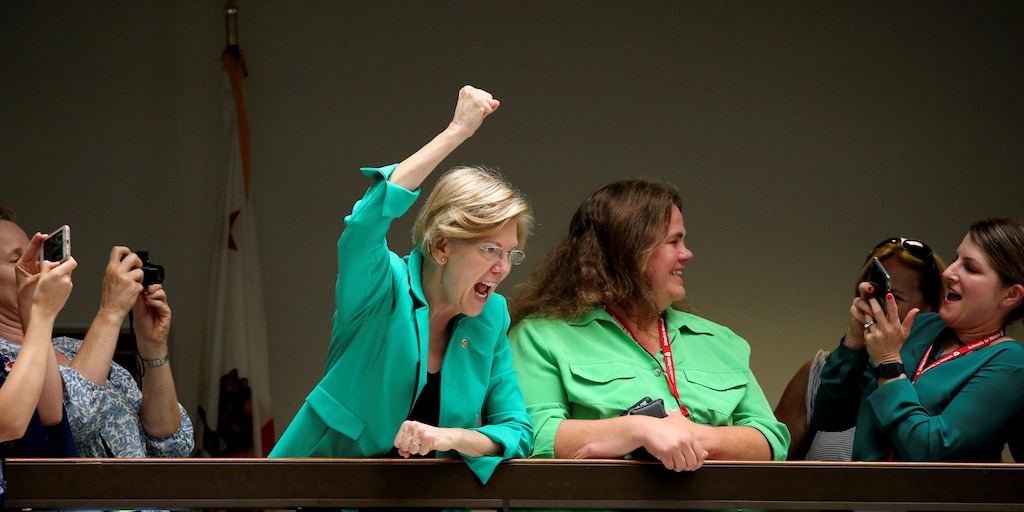 Elizabeth Warren published a Medium post on Wednesday outlining a plan to tackle corporate lobbying in the US — and it could cost America’s biggest companies hundreds of millions of dollars.

The democratic presidential candidate proposed a tax on what she calls “excessive lobbying,” or organizations including corporations and trade groups that spend more $500,000 per year on lobbying efforts.

Here’s an overview of how the tax would work, according to Warren’s post:

Citing data from the Center for Responsive Politics, Warren also added that if the tax had been in effect over the last 10 years, it would have generated an estimated $10 billion in revenue from more than 1,600 trade groups and corporations.

Fifty-one organizations including the Koch Industries, Pfizer, Boeing, Microsoft, Walmart, and Exxon would have fallen into the 75% bracket for each one of those ten years, Warren said.

More specifically, General Electric, Boeing, AT&T, Business Roundtable, and Comcast would have all paid between $105 million and $129 million under the tax.

The U.S. Chamber of Commerce, a business lobbying group and the largest spender, would have paid out about $770 million in taxes on $1 billion in lobbying expenditures during the period.

Under Warren’s proposal, the proceeds from the tax would go into a new Lobbying Defense Trust Fund that would focus on giving resources to Congress and federal agencies to “fight back” against lobbying. According to the post, more than $2.8 billion was spent on lobbying last year.

The Lobbying Defense Trust Fund would allocate the money toward three initiatives, according to the plan:

Read more: Morgan Stanley breaks down how the next market downturn could upend what even the most prepared investors are expecting