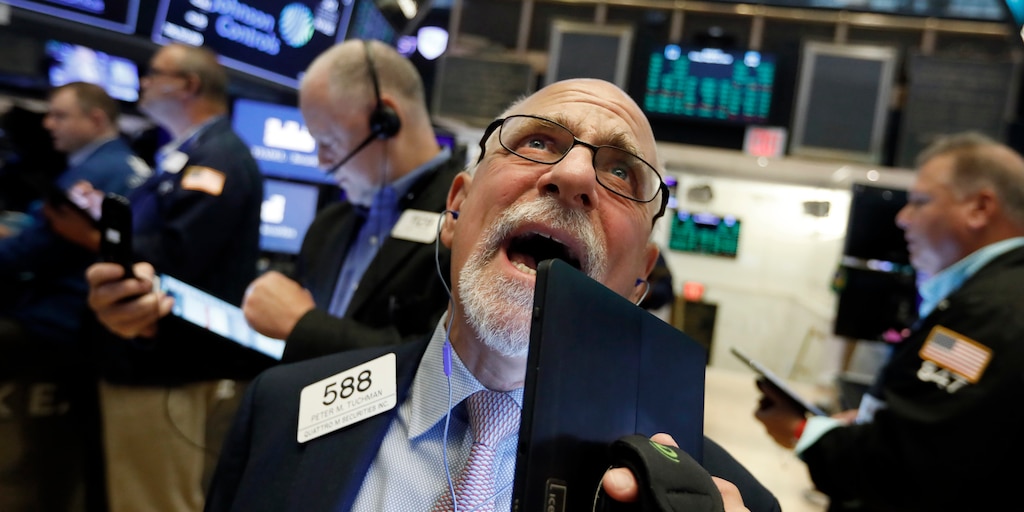 World stocks dropped on Wednesday after US manufacturing activity slumped to a decade low, fanning fears of a global slowdown and major fallout from the US-China trade war.

The Institute for Supply Management recorded an unexpected 1.3-point decline in US factory activity to 47.8 last month, indicating a continued contraction. The bad news followed a shocking set of IHS Markit data, which showed eurozone manufacturing activity slowed to almost a seven-year low in September.

“Investors have become anxious about the health of the global economy because yesterday’s reading came on the heels of unsatisfactory figures from Europe,” Naeem Aslam, chief market analyst at TF Global Markets UK, said in a morning note.

Donald Trump blamed Federal Reserve Chair Jay Powell for the slowdown. The president has repeatedly called for the central bank to cut interest rates more aggressively, in a bid to stimulate the economy and weaken the dollar.

“As I predicted, Jay Powell and the Federal Reserve have allowed the Dollar to get so strong, especially relative to ALL other currencies, that our manufacturers are being negatively affected. Fed Rate too high. They are their own worst enemies, they don’t have a clue. Pathetic!” he tweeted.

Traders had other things to worry about. Hong Kong police shot a teenage protester on Tuesday, fueling concerns that demonstrations in the region could escalate. UK Prime Minister Boris Johnson is also expected to propose a Brexit agreement to EU officials later today, which is likely to be rejected, paving the way for a departure without a deal.

Asian indexes fell with the Shanghai Composite down 0.9%, Japan’s Nikkei down 0.5%, and Hong Kong’s Hang Seng down 0.4%.