Latest News
Home /Wow America: Trump questions how he can be impeached with US employment at a 50-year low 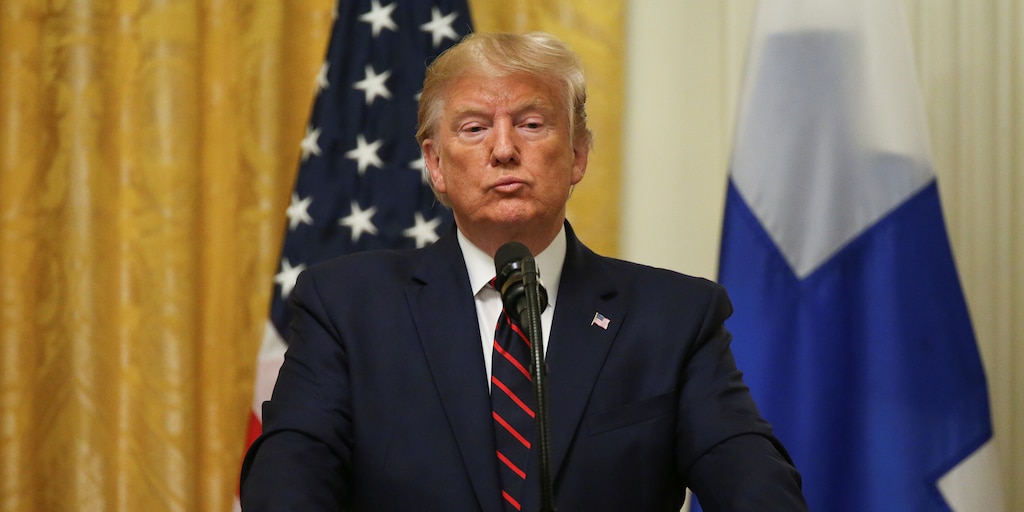 President Trump praised the latest government jobs report in a Friday tweet and criticized Democrats for their impeachment inquiry, saying he “did nothing wrong!”

The Bureau of Labor Statistics’ Friday jobs report showed the US unemployment rate hitting a 50-year low by falling to 3.5% in September.

“Breaking News: Unemployment Rate, at 3.5%, drops to a 50 YEAR LOW,” Trump tweeted. “Wow America, lets impeach your President (even though he did nothing wrong!).”

The report also showed the US added 136,000 nonfarm payrolls last month, falling under the consensus analyst estimate of 147,000 new jobs. Average hourly earnings also cooled through the end of summer, increasing 2.9% and falling under the average pace set in previous months.

Tensions from the US-China trade war have squeezed the American job market, as companies slow hiring amid economic uncertainty. Data on the US manufacturing industry released Tuesday showed the sector falling further into contraction last month. The nation’s service industry posted its weakest pace in three years in September, according to a Thursday report from the Institute for Supply Management.

Read more: The man who wrote the book on how to make 100 times your money with a single stock outlines the core principles of his investing approach — and shares his 2 top under-the-radar picks

“The trade war is wreaking havoc,” Ian Shepherdson, the chief economist at Pantheon Macroeconomics said in a note to clients. “This means that if consumers’ confidence seriously falters, the US could tip into the first recession ever caused directly by the actions of the President rather than the action of tight monetary policy on an overstretched private sector.”

Slowing growth in the economic sectors could accelerate, with the Trump administration receiving approval from the World Trade Organization to levy $7.5 billion in tariffs against the EU. Prominent purchasing managers’ indexes from the US and EU are flashing their most negative warning signs in years, and a trade war between the two global superpowers could further harm the global economy.

A flood of new data from the US and eurozone suggests recession risks are flashing red. Here’s a full rundown of the wreckage.