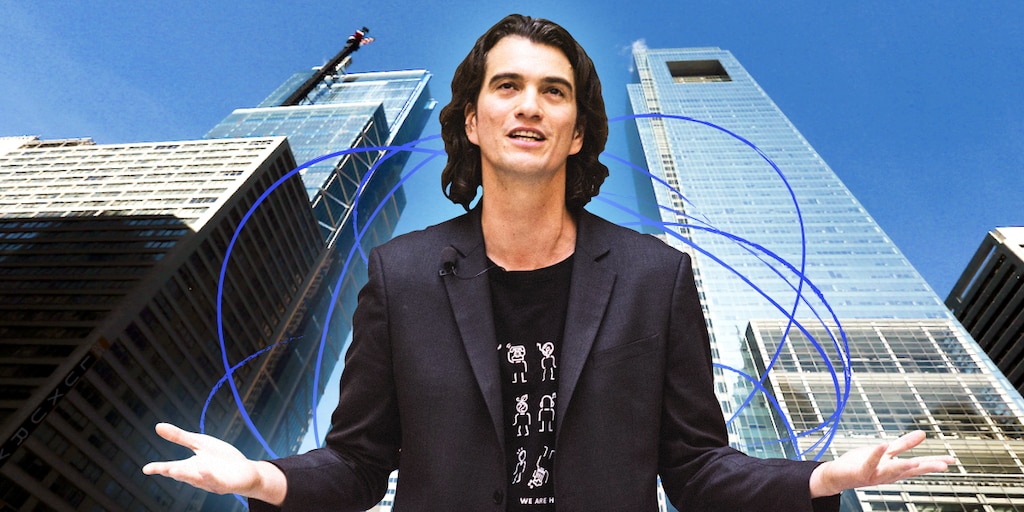 WeWork is hitting the brakes after its IPO went up in smoke last month, and landlords are worried they could pay the price.

Two landlords of WeWork locations in London are holding off on signing new leases with the shared-workspace group, and are preparing backup plans for their existing WeWork offices in case the company restructures, according to the Financial Times.

“It would not be prudent for us to do anything [new] with them until we see how the new management will operate,” one of the landlords told the newspaper.

The company could leave landlords out in the cold

The crux of WeWork’s business model is signing long-term leases for properties then dividing them into smaller units, renovating them, and renting them out on a short-term, flexible basis. The strategy has helped it become the largest private tenant in both New York City and London, with 7.7 million square feet of office space in the former and 4.1 million in the latter, the Financial Times reported, citing CoStar data.

WeWork’s aggressive expansion has meant taking on $47 billion in lease liabilities, fueling about $2.3 billion in cash obligations next year, according to Harvard Business School. However, Fitch lowered the group’s credit rating further into junk territory, to CCC+, last week, warning “default is a real possibility” and flagging a heightened risk of the company failing to restructure.

WeWork’s scale and clout have allowed it to secure favorable terms with landlords where they cover its upfront costs. For example, it wanted 15 months rent-free on an eight-year lease and £100 ($123) a square foot to pay for fitting out offices, a landlord who negotiated with WeWork this summer told the Guardian. The company received nearly $455 million in upfront payments in the first half of this year, its IPO filing shows.

At its current cash-burn rate, WeWork could run out of money next year. The group could opt to slash its expenses by shuttering some of the companies that hold its leases, stiffing its landlords and lumping them with empty offices.

“WeWork has structured many of its leases so that they can simply collapse the special purpose entity it’s trapped in and walk away,” Alex Snyder, an assistant portfolio manager at CenterSquare Investment Management, told the Financial Times. “This vacancy pressure on the market [would] be painful.”

“With so many WeWorks in close proximity to each other, it could easily consolidate tenants in one building, leaving a landlord with an empty space,” an industry veteran told the Guardian.

However, if WeWork skips out on its bills, it would face fresh scrutiny over its business model and find it harder to raise money, Matt Oakley, a commercial property research boss at Savills, told the Guardian. It could also tarnish the reputation of ther serviced office industry, he said.

If WeWork moderates its growth, city rents could suffer

If WeWork slows its roll, rents in cities such as Washington D.C. and Manhattan could suffer, hurting landlords.

“Now that the Goliath of the industry has paused leasing, I think it will make it that much harder for these markets to muster up any kind of meaningful growth,” Snyder told the Financial Times.

“This is the capital market trigger for a de-rating of London office values,” Mike Prew, an analyst at Jefferies, told the newspaper.

However, if WeWork eases off, rivals could pick up the slack.

“We are always in discussions with landlords and those discussions have picked up,” Mark Dixon, CEO of UK competitor IWG, told the Financial Times. “It’s the flight to quality.”

“WeWork’s core business is strong and we continue to evaluate opportunities with our landlord partners. We are committed to the London market,” a WeWork spokesperson told Markets Insider. ”The company intends to fully honor its lease commitments.”

WeWork is reassessing its business after scrapping its IPO

WeWork shelved its IPO last month in the face of scathing criticism of its business model, mounting losses, complex structure, and controversial cofounder and CEO Adam Neumann. Days before its planned flotation, the company was looking at a public valuation below $20 billion — a fraction of the private valuation of $47 billion it secured in January. The risk of raising less than $3 billion, the minimum amount needed to unlock $6 billion in bank financing, spurred WeWork to scrap its plans.

Company executives have scrambled to limit the fallout. They have overhauled WeWork’s corporate governance, revamped its share structure, and replaced Neumann with two co-CEOs. Artie Minson and Sebastian Gunningham plan to lay off between 10% and 25% of the group’s employees as they seek to cut costs and refocus on the core business, Business Insider reported, citing a source familiar with the situation.

Read more: A New York real estate group sounded the alarm on WeWork years before it plunged into chaos