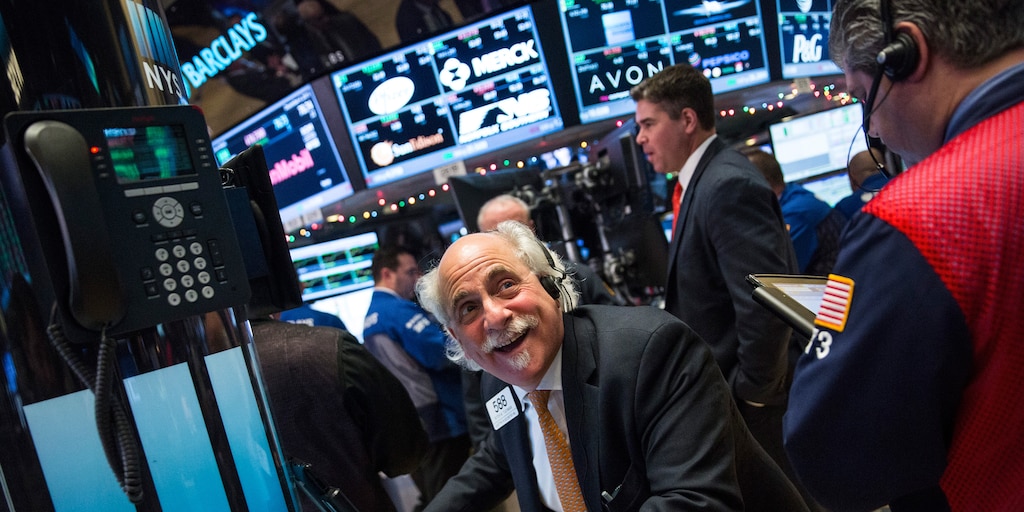 Stocks rallied on Friday along with optimism for the ongoing trade talks between the US and China, granting investors hope that the two countries might reach a truce in the year-long conflict.

The Dow Jones industrial average spiked 1.9% — or 500 points — at its intraday highs.

“Warmer feelings than in recent past, more like the Old Days. I will be meeting with the Vice Premier today. All would like to see something significant happen!” he wrote in a tweet.

The comments come as the Chinese delegation led by Vice Premier Lie He began a second day of high-level talks with Trade Representative Robert Lighthizer and Treasury Secretary Steven Mnuchin in Washington, D.C.

Trump is expected to meet with China’s top trade official at 2:45 p.m. ET in the Oval Office.

Read more: Nobel laureate Robert Shiller forewarned investors about the dot-com and housing bubbles. Now he tells us which irrational market behaviors have him most worried.

The development sent shares of Apple traded about 2% higher to an all-time high and lifting its market value back above $1 trillion. Any positive progress on a US-China trade deal would be welcome news for Apple investors, as the Chinese market has become an increasingly important drive for iPhone sales.

Investors have been eagerly awaiting the this round of trade negotiations, which began on Thursday. Stocks experienced a sharp sell-off earlier in the week as tensions flared ahead of the talks.