Latest News
Home /BANK OF AMERICA: Here are 3 reasons US consumers are likely to spend less going forward, derailing one of the economys few bright spots 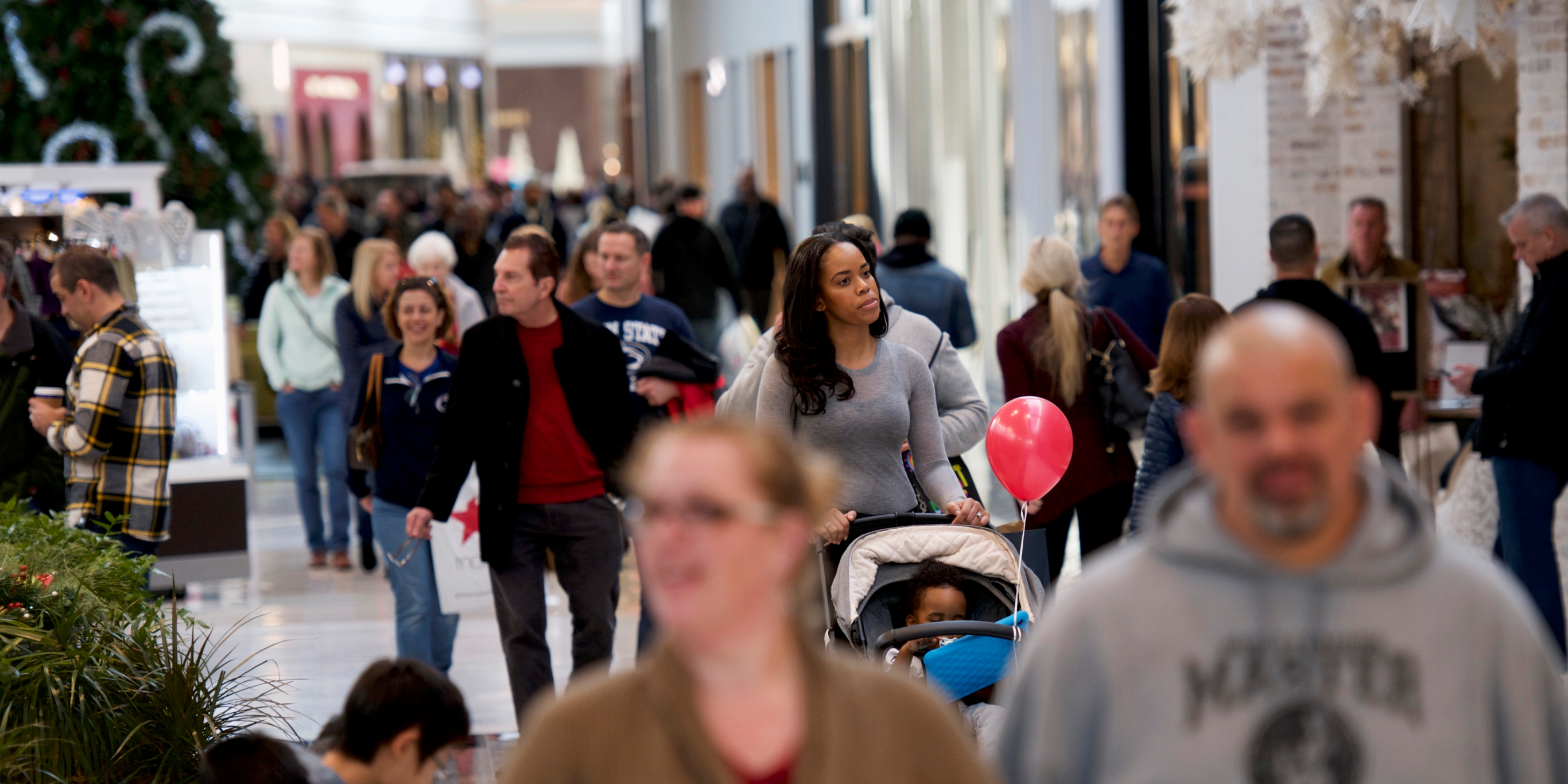 Consumer spending makes up roughly 70% of US GDP, and a slowdown in the key metric could slowly drain capital from the country’s money markets. As consumers spend less, companies earn less, and jobs are typically cut to bring costs lower.

Warnings of global economic slowdown and continued pressure from the US-China trade war make consumer spending data even more relevant, as a hit to spending behavior could set the wheels of economic contraction in motion. Recent Federal Reserve rate cuts helped some secure a capital boost through debt refinancing, but consumers who don’t own homes are expected to moderate their spending through 2019, BAML said Friday.

“The headwinds are stronger than the tailwinds, in our view,” the team led by Michelle Meyer wrote. “The main challenge has been the weakening in the labor market coupled with heightened geopolitical risks.”

Here are the three key threats to consumer spending detailed by BAML analysts. 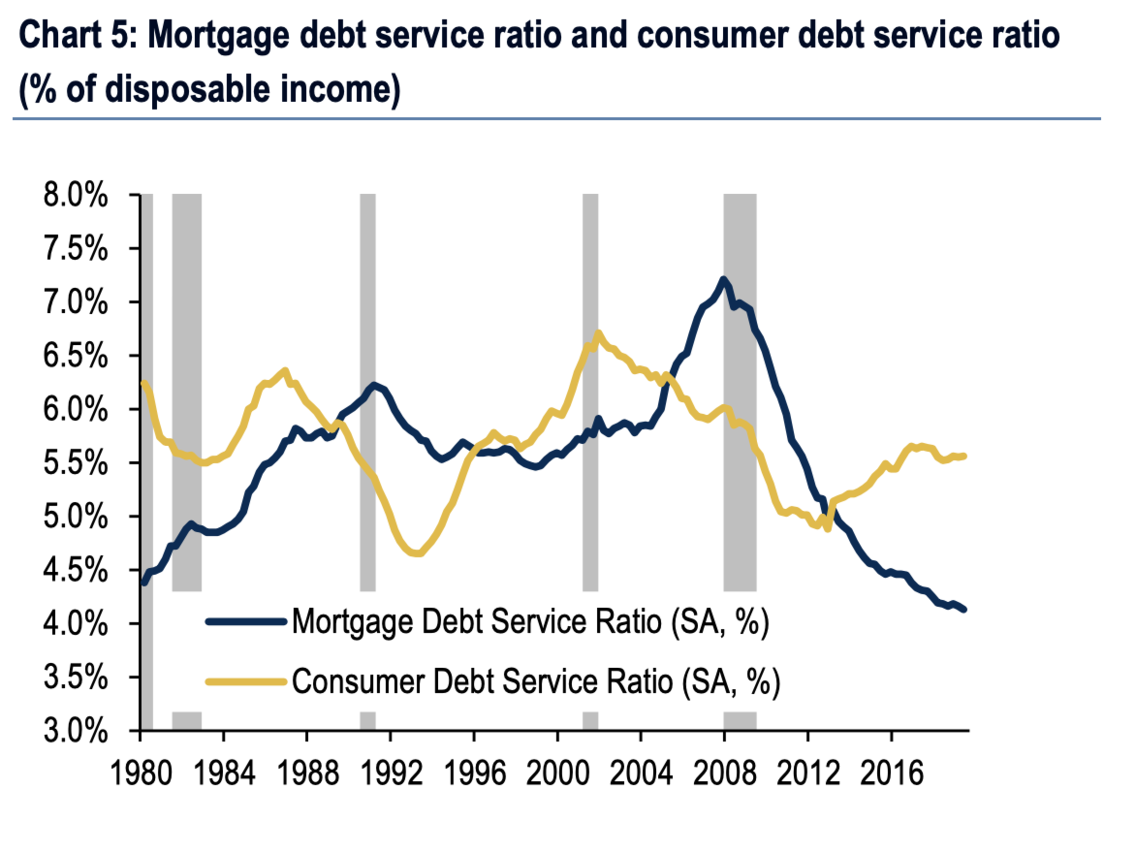 The Fed’s recent cuts allowed some Americans trim some of their biggest debts, but other sources of debt continue to pile up. The analysts “see little sign” of the lower rates hitting the everyday consumer, and warn that the amount of debt outstanding across the nation could begin to drag on spending habits.

The ratio of consumer debt service sans mortgages has slowly grown while mortgage debt has fallen with the lowered interest rates. Ignoring this steady rise leaves investors with only part of the country’s debt story, BAML said.

“When only focusing on mortgage debt, we can make the case that there has been meaningful deleveraging in an environment of low rates,” the analysts wrote. “This is not the same story for other consumer debt.” 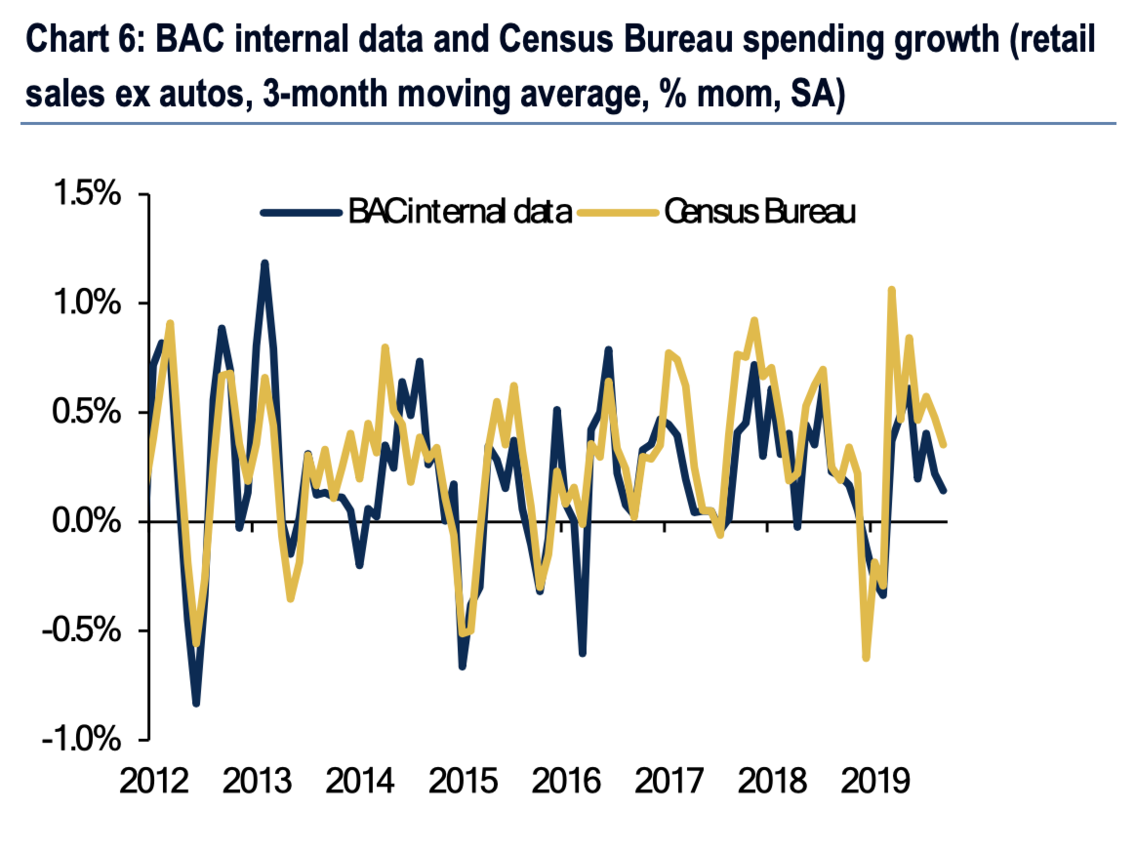 Consumer sentiment can serve as a forward-looking indicator of spending shifts, and recent months have brought unusually volatile movements in sentiment as the stock market swung lower in the winter and summer.

Recession warnings often drive stock sell-offs, and in turn, sell-offs can lead investors to fear that the economy is contracting. A stronger correlation between market moves and sentiment could lend itself to exacerbated swings when either shows worse-than-expected figures.

“Sentiment tumbled on a month-over-month basis in both August and December along with the sell-off in the stock market. This shows a more worried consumer,” they wrote. 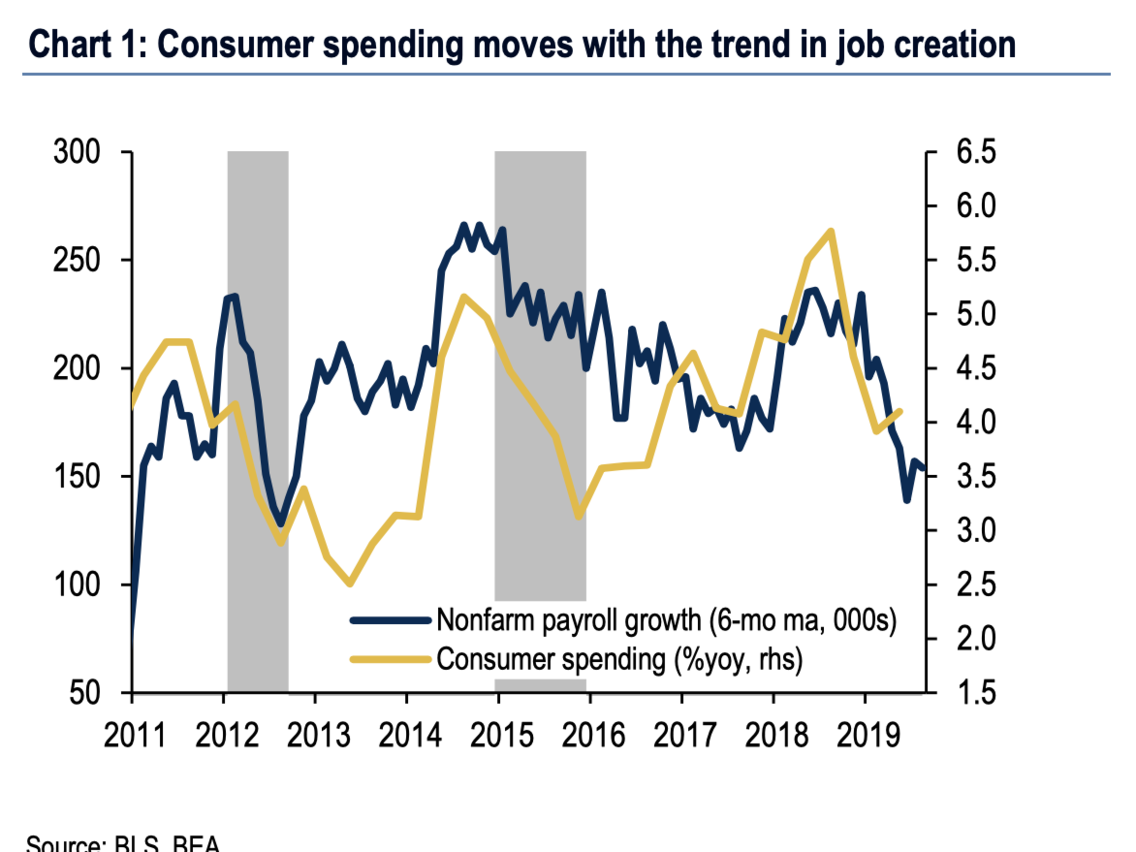 “In prior episodes of slowing job growth, there tended to be a similar slowdown in consumer spending,” the analysts said.

The six-month moving average for jobs slipped to 154,000 from 234,000 in January, and future reports are projected to maintain the slowing trend. The next release will likely reflect an even more negative figure as the GM strike troubled the month. Continued slowdown, coupled with lagging wage growth, could leave consumers with a less rosy view of the economy, and shift behavior from spending to saving.