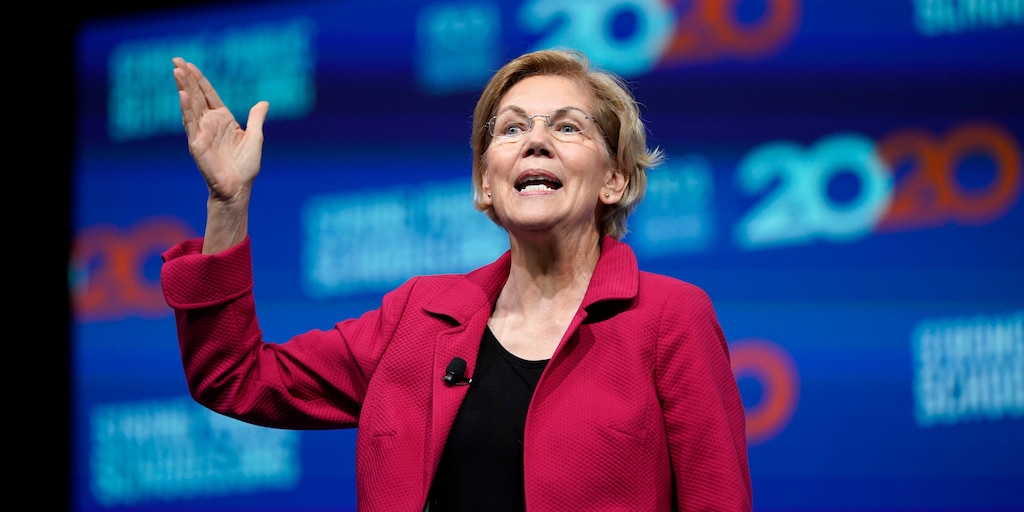 With a year to go before the US presidential election, front runners for the Democratic nomination include Elizabeth Warren, Joe Biden, and Bernie Sanders.

Goldman Sachs in a research note on Friday said that earnings from S&P 500 companies are likely to take a hit from Warren and her rival contenders’ plans to raise corporate taxes. Several Democratic candidates have proposed rolling back President Donald Trump’s corporate tax cut, Goldman said.

“Every one percentage point increase in effective tax rate translates into a roughly 1% decrease in S&P 500 earnings per share,” the bank said in a note led by David Kostin.

Kostin said that $18 dollars of the $21 (85% of the 11% increase) came directly from the higher tax rate. The rest comes from a reversal in Goldman’s economists’ estimates of the effect of Trump’s corporate tax changes on GDP.

Warren has said she would, if elected, roll back Trump’s tax cuts. She has also outlined a separate plan for corporate tax, saying “for every dollar of profit above $100 million, the corporation will pay a 7% tax,” and that any company profitable enough to reach that threshold “will pay that tax in addition to whatever its liability might be under our current corporate tax rules.”

JPMorgan’s Jamie Dimon was among CEOs who credited Trump’s tax cuts with billions in profit gains for their companies.

“Senator Warren is the clear favorite in prediction markets,” with a 37% chance of making the nomination, Goldman said. “However, Senator Warren and former Vice President Joe Biden are much closer based on recent national polling data.”

Warren has come under heavy criticism from the likes of billionaire Leon Cooperman, who said that the senator was “s—ting” on the American dream.

“Investors focused on equity market implications of policies discussed on the campaign trail should also take into account the probability that these outcomes will be realized,” Goldman said. “A candidate would need to win the presidency, have the support of both chambers of Congress, and actually pass legislation.” 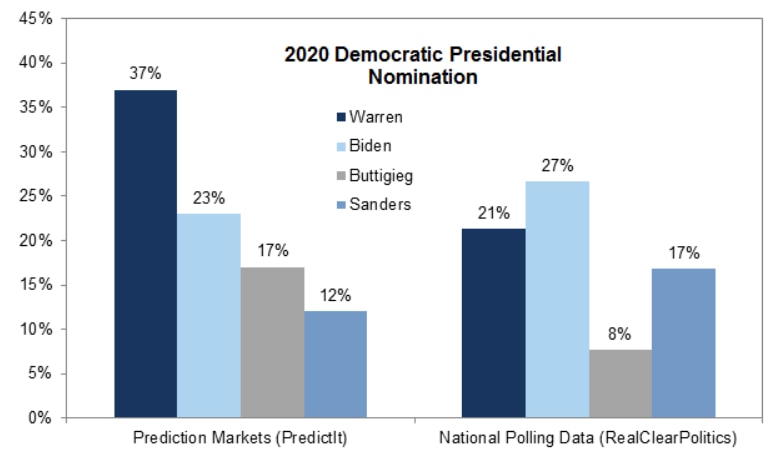