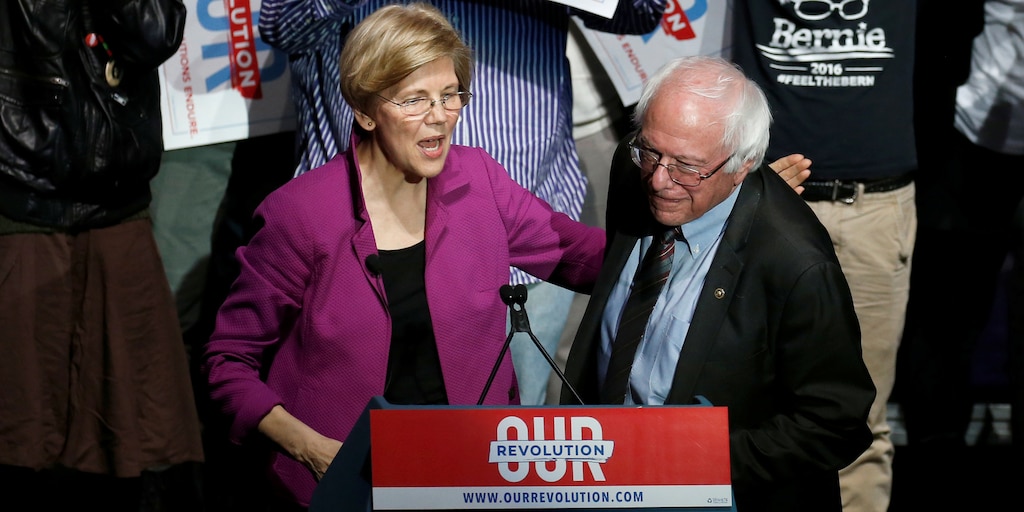 In the not too distant future, America could well move to the left, by judging demographics, which in turn could mean future policy and therefore the economy goes with it according to Gary Licht, an analyst at Macro Hive.

“Without the subversion of democracy, the US appears destined to drift towards the left for a host of economic, demographic, and cultural reasons,” he wrote in a report on October 31.

Below are three major reasons why America could likely shift to the left in years to come.

1. Inequality spells conflict within the right

Licht argues that the right currently exists on populist notions of a more protectionist “America first sentiment.” But he says that two parties sit within the right — the working class and the elite. Currently they’re sitting in harmony, but soon that could change.

“While all versions of left-wing populism are consistent with big government in the economic sphere, on the right, only authoritarianism is,” Licht says. “It appears inevitable that the mainstreaming of left-leaning economics as a solution to inequality will instigate a longer-term conflict within the right alliance.”

Licht says that “big government and authoritarianism lie counter to much of the bedrock principles of Anglo-American conservatism. In the US, this alliance is holding strong, thanks to the Trump administration delivering on key cultural issues, but over time, these violations will become harder to ignore.”

2. Demographic ‘doom’ for the right

Race demographics across America is changing and, according to Licht, “increasing racial diversity and social liberalism apparent in demographic forecasts spell doom for right-wing American politics.” 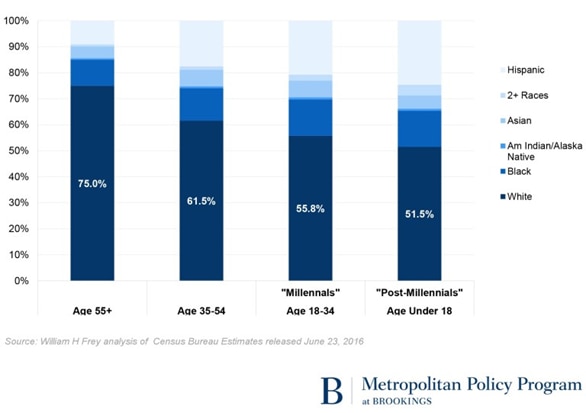 To have long-term left-wing dominance, the generations that are coming through, such as millennials, Gen Zs and alphas (the generation born after 2010) all have to keep that attitude through their lives, Licht argues. He notes that as boomers were liberal in the ’60s, that changed as they got older.

“The boomers of the developed world benefitted from a golden age of growth and it is only natural that they have become more conservative as they have aged. In particular, their formative experience of capitalism has been economic mobility and capitalism’s cold war triumph.

“Compare this with younger generations who have been shaped by the global financial crisis, sinking mobility, global warming and the rise of China. In this scenario, demographics coupled with sticky ideologies give a default ascendancy to the left regardless of the internal dynamics of the right,” the analyst argues.

According to the Pew Research centre, in the 2018 elections, younger generations outvoted their older counterparts. 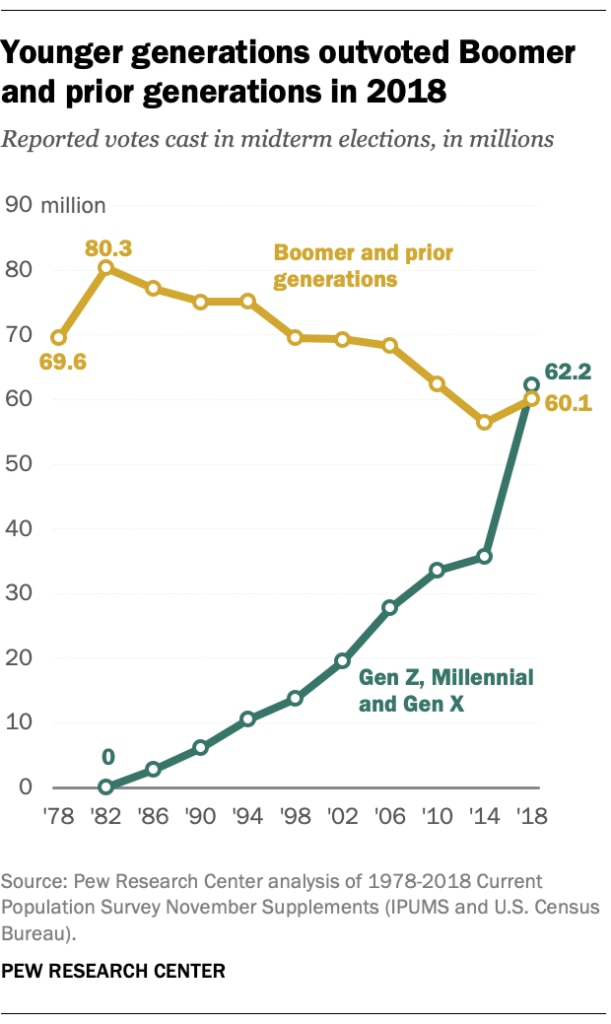 Why the 5 most popular…