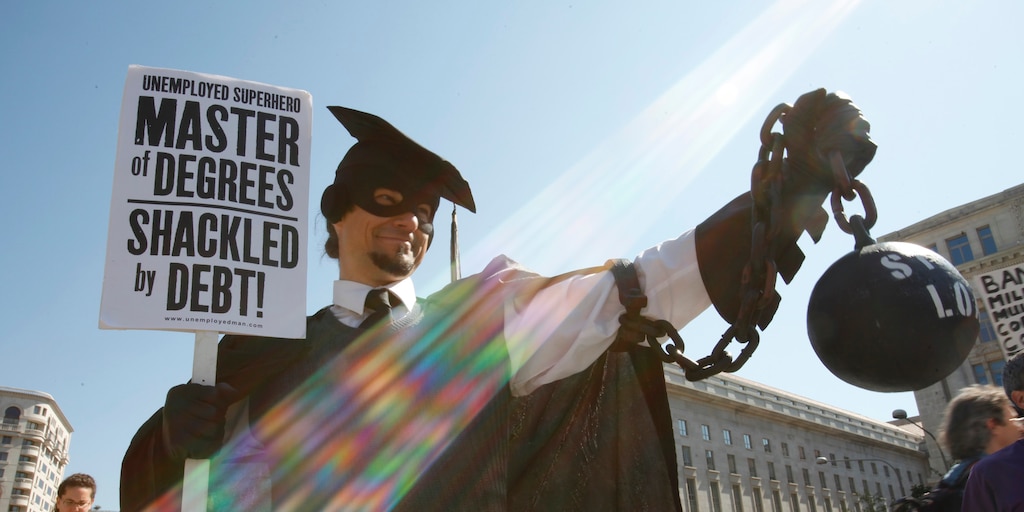 Erasing outstanding student-loan debt could have a muted positive impact on the economy, and also create a “moral hazard,” according to a Friday analysis by Moody’s Investors Service.

In the last decade, outstanding student loan debt has more than doubled, and now stands at $1.5 trillion — equal to 6.9% of US gross domestic product, the broadest measure of the US economy, the report said. That’s made debt forgiveness a hot-button issue and led to proposals from Democratic presidential candidates Bernie Sanders and Elizabeth Warren to cancel some or all of Americans’ student loan debt.

But the potential benefits of erasing student loan debt would largely depend on the details of any legislation and how it is funded, wrote the team of analysts led by William Foster.

Student loan debt cancellation could “yield a tax-cut-like stimulus to economic activity” that would boost household consumption and investment in the near term, and encourage small businesses and homeownership in the long term, Foster wrote.

But he added: “At the same time, there are potential costs that could contribute to future generational inequality and moral hazard.”

He continued: “For example, the economic benefit would likely only be transitory if debt forgiveness was a one-time windfall for current borrowers, as future generations of student loan borrowers would ultimately return to debt-based financing to meet rising college costs.”

In addition, canceling student loan debt now could lead future borrowers to expect that their debt will be erased as well, and give them an incentive to take out even more loans, Foster wrote. That “could ultimately exacerbate the acculmulation of higher student debt burdens in the future,” he said, which would make the current issue much worse.

Foster also argued that universal student debt cancellation could hurt the US government because it currently collects revenue on student loan payments — some 90% of student loans are backed by the government. 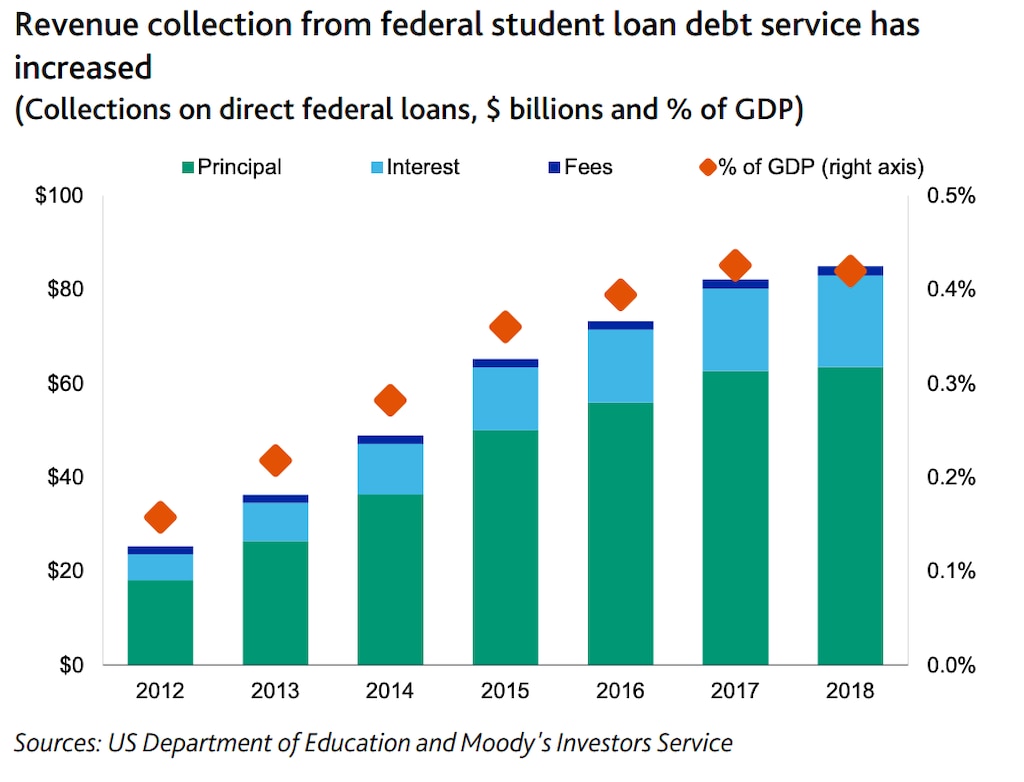 “Without offsets for the lost revenue, the government’s fiscal deficit would widen, pushing government debt and interest burdens higher,” he wrote. He also cited a 2018 study that estimated that debt cancellation would boost US real GDP by an average of $86 billion to $108 billion per year over 10 years.

While those are large numbers, it’s important to point out that they are small percentages of US GDP, which is estimated to be roughly $21.5 trillion in 2019, according to the International Monetary Fund.

Foster did acknowledge the “significantly higher burden” of student loan debt in the US today and the current effect of carrying that debt for consumers, including weaker creditworthiness, reduced consumption and investment, and widening income and wealth inequality, according to the report.

Overall, if student loan debt were canceled, “the magnitude of the stimulus would depend on the size of the debt relief and income level of the beneficiaries,” Foster wrote.

Mega-cap tech stocks have dominated earnings season. Here’s how each juggernaut did, from Apple to Netflix.

A personal-finance expert grew his bank account from $2.26 to $1 million in just 5 years. He breaks down the mindset shift that sparked his success — and offers advice for getting ahead.