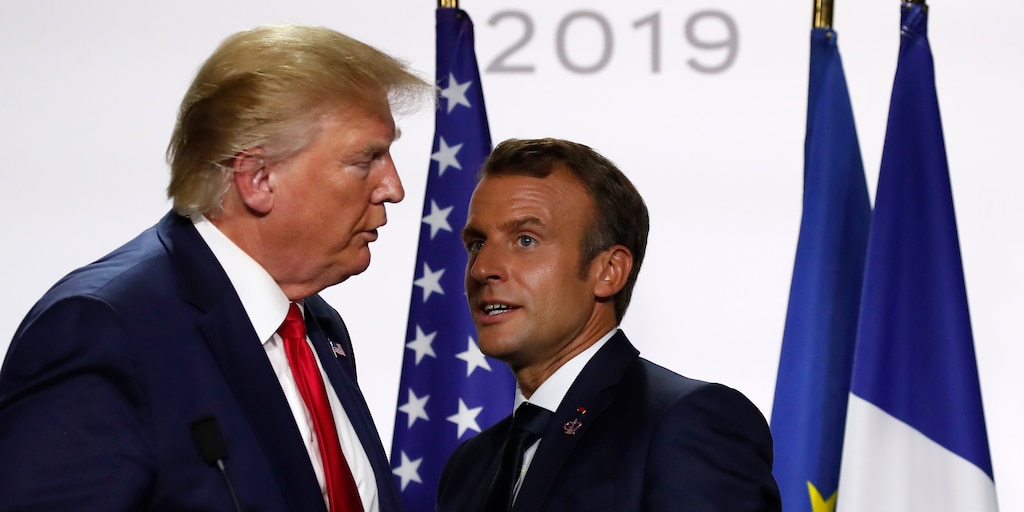 The United States proposed retaliatory tariffs against France on Monday for its new digital services tax, which has targeted American technology giants like Amazon and Facebook.

The Trump administration said in a statement it was proposing “duties of up to 100%” on $2.4 billion worth of French products, including sparkling wine, cheese, and other goods.

The move, which needs presidential approval, is meant to penalize the American ally for its 3% tax on technology companies that was signed into law in July.

“[US Trade Representative’s] decision today sends a clear signal that the United States will take action against digital tax regimes that discriminate or otherwise impose undue burdens on US companies,” US Trade Representative Robert Lighthizer said in a statement. “Indeed, USTR is exploring whether to open Section 301 investigations into the digital services taxes of Austria, Italy, and Turkey. The USTR is focused on countering the growing protectionism of EU member states, which unfairly targets US companies, whether through digital services taxes or other efforts that target leading US digital services companies.”

Officials have been investigating whether that legislation disproportionately hit technology companies based in the US. The tax applies to companies with global revenue of at least 750 million euros and digital sales of at least 25 million euros in France.

Monday’s announcement was the result of the five-month investigation, in which the USTR “concluded that France’s Digital Services Tax (DST) discriminates against US companies, is inconsistent with prevailing principles of international tax policy, and is unusually burdensome for affected US companies.”

Trump was swift to retaliate against France for its digital services tax in July. The two countries reached an interim agreement shortly after, delaying that threat for 90 days.

“If anybody taxes them, it should be their home Country, the USA,” Trump wrote on Twitter this summer, referring to technology companies.

Trade relations between the US and the European Union have appeared to sour on separate fronts this year. The US has also prepared to broaden tariffs against the bloc as part of a long-running dispute over aircraft subsidies.