Latest News
Home /Trumps trade wars were supposed to rescue US manufacturing and agriculture. But his policies have made them significantly worse. 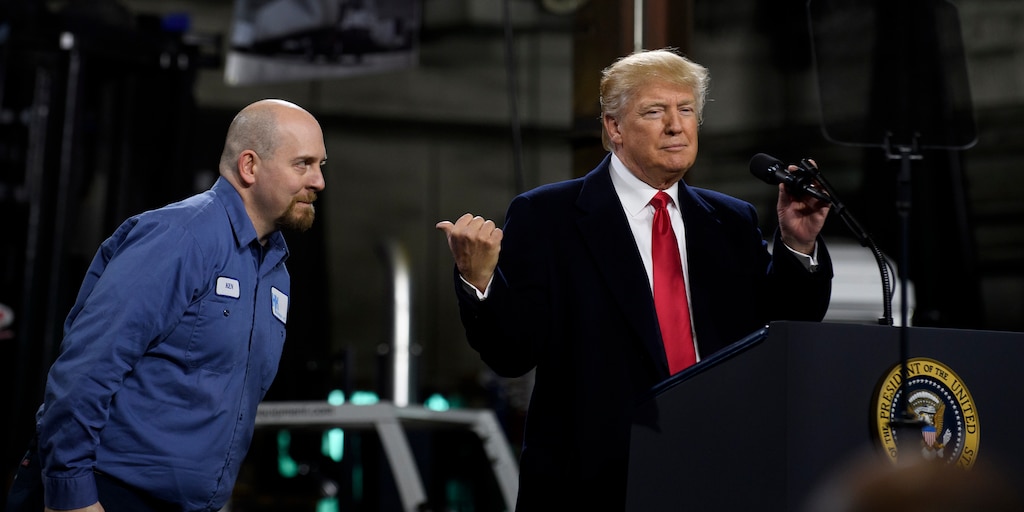 President Trump is suiting up to be “Tariff Man” once again.

A year ago, Trump proclaimed himself a “Tariff Man” in a tweetstorm about the trade war with China. He raged about trading practices that threatened American prosperity and said his fiery approach was “the best way to max out our economic power.”

Throughout his presidency, Trump has sought to rescue segments of the economy he believed were abandoned by lawmakers at home and battered by competitors abroad. He particularly wanted to prop up US manufacturing and farming — both symbolic of an era when they formed dominant parts of the 20th century economic engine.

The president sparked a trade war with China early last year, slapping tariffs on the world’s second largest economic power as well as friendly trading partners in a bid to shore up those sectors’ fortunes.

The opposite occurred instead. American manufacturing is slumping and farmers have suffered painful losses, as the total value of agricultural exports to China has been more than halved since 2017. Trump appeared ready to scale back his ongoing trade wars recently.

But those expectations were shattered when the president announced he was imposing tariffs on steel and aluminum from Brazil and Argentina on Monday, dragging two of the largest South American economies into the dispute.

He alleged they were manipulating their currencies — a claim that experts reject — and making it harder for American farmers to compete. The president also threatened tariffs on French imports. 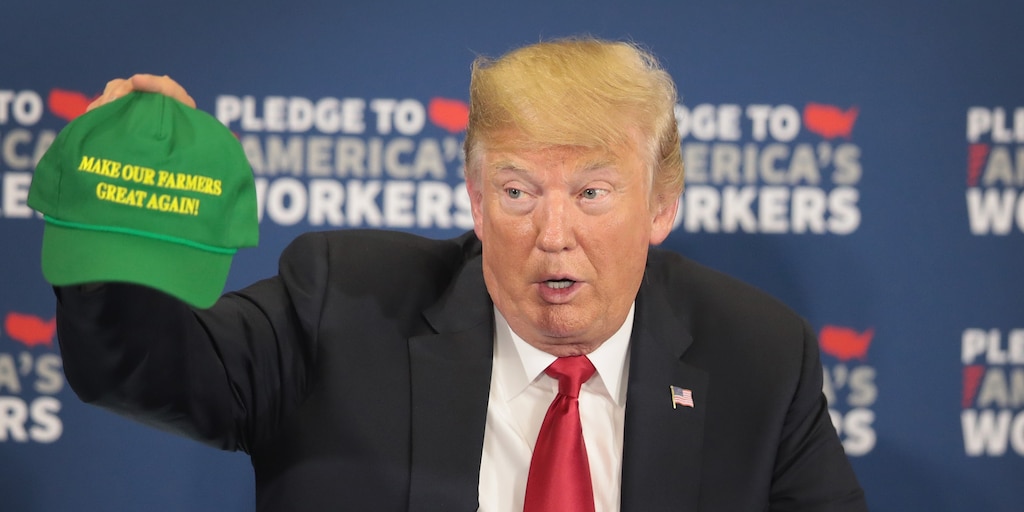 Some economists say the president’s protectionist policies are inflicting more pain rather than restoring American industries to full strength. Paul Krugman called it “the paradox” of the Trump economy: The very industries he’s tried aiding are now worse off than before.

“He gave corporations a massive tax cut that was supposed to produce surging investment — but business investment is down,” Krugman said in a tweet. “He launched a trade war to make manufacturing great again, but industry is shrinking.”

As Trump heads into next year’s election, he’s finding that a good economy is easy to promise but much harder to deliver. As he doubles down on his fiercely combative approach to trade, the effect of Trump’s policies are rippling through sectors with constituencies crucial to his re-election.

“The two most trade-exposed sectors are manufacturing and agriculture,” Ted Alden, a trade expert and senior fellow at the Council of Foreign Relations, told Business Insider, adding that made them susceptible to retaliation from other countries wanting to strike back at the United States.

As a candidate in 2016, Trump pledged to revive the manufacturing sector and bring jobs back from overseas.

But manufacturing is tumbling into a deeper recession, shedding jobs as its being thrown into uncertainty that’s slowing investment decisions from business leaders.

The ISM Manufacturing reading, an important index, showed a continuing decline in the demand for new orders and inventories when it was released on Monday, contracting for the fourth month in a row.

“All this trade friction is weighing on the manufacturing sector, reminding us that protectionism is not a victimless crime,” Kristina Hooper, chief global market strategist at Invesco, told the Washington Post.

Alden said the sector weathered a particularly strong hit from the tariffs.

“The manufacturing industry has been hurt by the rising cost of imported components and by the retaliatory tariffs that has affected their finished products when they get exported,” Alden said. “So they’ve faced a double whammy.”

Theodore Moran, a Georgetown University professor and senior fellow at the Peterson Institute of International Economics, told Business Insider that using tariffs to boost employment at home represents an “old-fashioned” way of thinking about the global economy.

Moran noted that businesses have designed international supply chains to bolster their competitiveness at home, keeping production costs low. Tariffs only raise the prices of goods, he says, making it more likely manufacturers will shed workers to save money.

But though manufacturing jobs are being lost — mostly the product of decades-long technological changes — productivity remains high in the sector. Data from the Federal Reserve Bank in St. Louis shows the sector’s output has steadily increased since the Great Recession. That belies the image of a weakening industry.

“You can’t measure the strength of US manufacturing only on the jobs,” Claude Barfield, a resident scholar at the conservative American Enterprise Institute and former consultant to the Office of the US Trade Representative, told Business Insider. “What’s really happening is that technology is moving in.”

Farmers have endured severe losses in the trade war

Back in January, Trump told 5,000 farmers gathered for the American Farm Bureau Convention that he’s locking in trade deals that would boost their

“We’re doing trade deals that are going to get you so much business, you’re not even going to believe it.  Your problem will be: ‘What do we do?  We need more acreage immediately.  We got to plant,'” Trump said.

Trump signed a limited trade deal with Japan in October that would reduce barriers for US beef, pork, wheat and other farm goods, but its benefits wouldn’t make up for lost sales to China.

Farmers have endured severe losses in Trump’s trade wars. Sales of soybean, pork, wheat, and many other agricultural goods to China are drying up, and the country is turning to alternatives like Brazil and Canada to fill the void.

The loss of export markets creates large hurdles for US farmers trying to re-enter them, according to Matt McAlvanah, the spokesperson for Farmers for Free Trade, a pro-trade advocacy group.

McAlvanah previously told Business Insider: “It’s very difficult to regain markets farmers have spent decades cultivating. These relationships are built over time, they’re built on trust — and when they go away overnight, they don’t come back overnight.

Farm bankruptcies are also up 24% from last year, according to the American Farm Bureau. The Trump administration rolled out a $28 billion bailout package for farmers who have lost significant income to staunch the losses.

Though Trump said he wants to resolve the trade war, he doesn’t appear to be in any rush. The president told reporters in London on Tuesday that a trade deal with China could “wait until after the election.”

He added: “But they want to make a deal now, and we’ll see whether or not the deal’s going to be right, it’s got to be right.”

However, the uncertainty the trade war is causing will not be ending anytime soon. Trump may yet slap another $100 billion worth of tariffs on December 15. With no end in sight, that threatens to drag down investment further and slow economic growth, according to Barfield.

“If you’re a businessman in the United States, Europe, Brazil, France, it’s hard to plan. How do you know what this crazy guy is gonna do next?” he said.