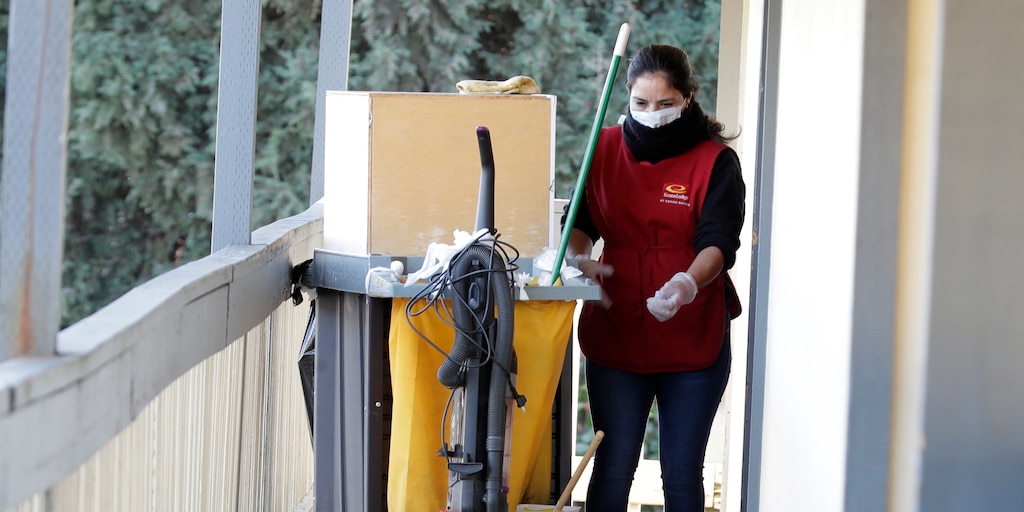 Government data out Friday showed the economy added jobs at a faster than expected pace in February, offering an upbeat snapshot of the labor market as the coronavirus outbreak began to spread from China to the US and dozens of other countries.

The Bureau of Labor Statistics said 273,000 nonfarm payrolls were created last month, the same as in January and compared with economist forecasts for 175,000. The unemployment rate edged lower to 3.5%, its lowest level in half a century.

Average hourly earnings rose 3% from a year earlier, far below the peaks seen in early 2019. While wage growth has continued to outpace inflation, it has held below the pace economists would hope for with historically strong employment levels.

Employers were surveyed for the BLS report before the government announced that COVID-19 has killed nearly a dozen in the US and would almost certainly spread further, raising alarm about a potential downturn in the largest economy.

“This forward momentum could help these industries weather this shock, but also raises the possibility that job growth may slow significantly if the impact of the virus hits these industries hard,” said Nick Bunker, the economic research director at the career site Indeed.

While international efforts to contain the respiratory illness have upended global supply chains and broader business activity, those impacts were not expected to be fully reflected in the February employment report. The surveys for the employment report were conducted during the second week of February.

Concerns about the outbreak have escalated significantly in recent weeks, sending financial markets reeling and causing economists to downgrade growth forecasts. In an attempt to ease concerns, the Federal Reserve on Tuesday called an emergency meeting to slash interest rates for the first time since the financial crisis.

COVID-19 was expected to stall a recent truce in a tit-for-tat trade dispute between the US and China, which has raised costs for employers and clouded the investment outlook.

The US economy is less trade-reliant than some other countries,” said Cailin Birch, the global economist at The Economist Intelligence Unit. “Nonetheless … this could weigh on corporate earnings to an extent that job creation and unemployment in the US would be negatively affected.”