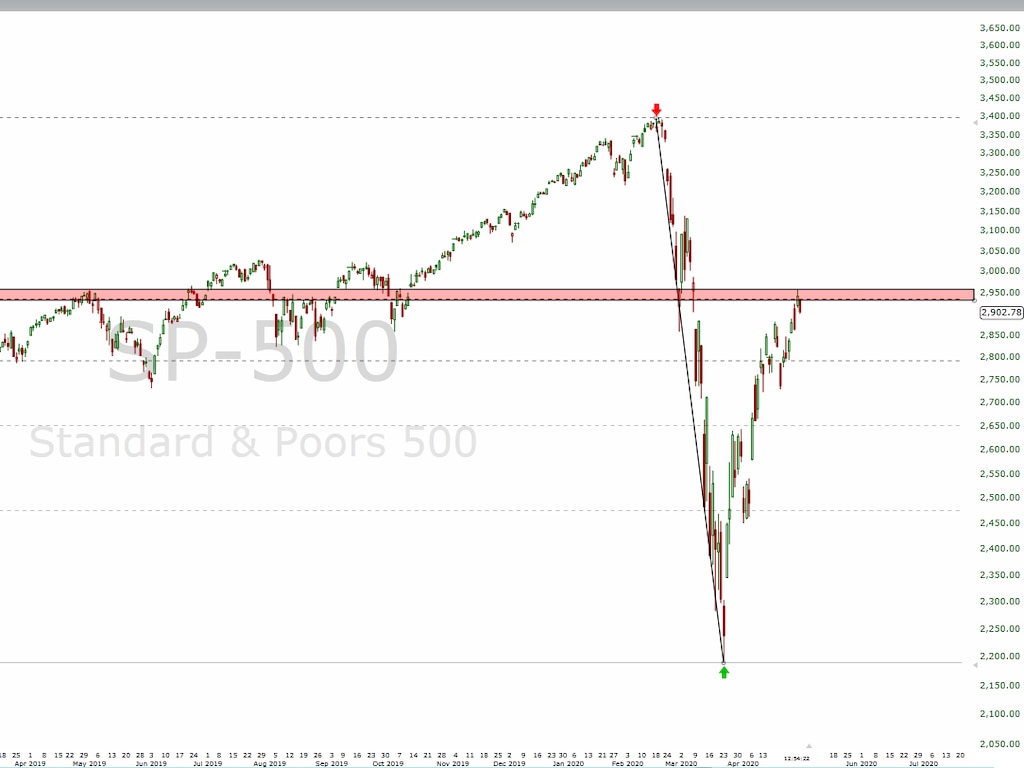 The S&P 500 has hit a critical technical threshold that could signal sharp losses are imminent.

Traders are keeping a close eye on the 61.8% Fibonacci retracement level of the current market sell-off, which is 2,933 on the S&P 500.

In technical analysis, Fibonacci retracement levels are horizontal lines that indicate where support and resistance are likely to occur in a particular security.

The inputs used to generate the Fibonacci retracement analysis are a recent emotional high and low in the market.

If the S&P 500 does stage a reversal at the 61.8% retracement level and continues to move lower, then traders will be keeping an eye on three crucial Fibonacci levels to see if they act as support: 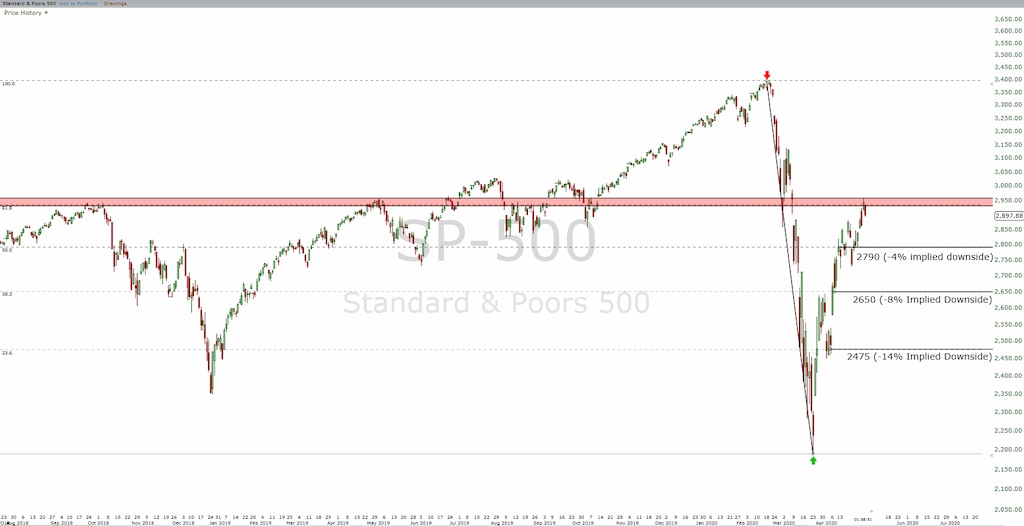 If the market doesn’t find support at any of those three levels, then traders will be expecting a retest of the March 23 low, or 2,191, which would represent downside of 25% from current levels.

The S&P 500 trading at a key technical resistance level comes at a time when investors will likely turn their attention to the often-cited market adage “sell in May and go away,” which refers to an investment strategy based on the theory that stocks on average perform better from November through April than May through October.

Therefore, investors who follow the strategy sell their stocks in May and reinvest in November.

An analysis by Fidelity shows that since 1945, “the S&P 500 has gained a cumulative 6-month average of nearly 2% from May through October on a price return basis. That compares with a 6.7% average gain from November through April.”

Despite the better performance in stocks from November through April, investors who sell in May tend to miss out on gains.

Ryan Detrick, a Senior Market Strategist at LPL Financial tweeted on April 28, “Before you sell in May, just remember that the S&P 500 during the May- October period has been higher 7 of the past 8 years. The only time it was lower? Down 0.3% in ’15.”