Latest News
Home /A wildly popular oil ETF has been cut off by its broker from buying futures, limiting its ability to meet its investment objective (USO) 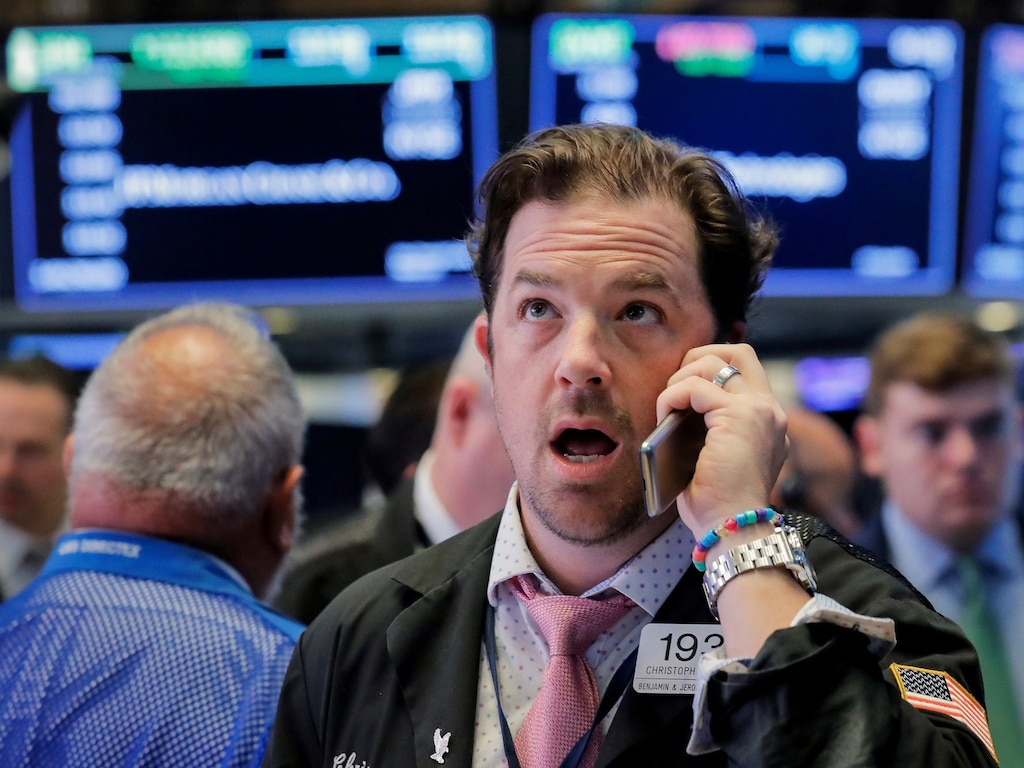 Following unprecedented volatility in the oil markets, which briefly caused oil prices to turn negative last month, a wildly popular trading ETF has been barred by its broker from buying or holding oil futures contracts. That will limit its ability to meet its investment objective, according to an SEC filing submitted on Thursday.

USO, an ETF owned and operated by United States Commodity Funds, was informed by its only Futures Commission Merchants, RBC Capital Markets, that it is prohibited from holding or buying oil futures contracts until further notice.

According to the filing, “RBC has indicated that such limitation on USO is a result of RBC’s own internal risk management requirements and directions it has received from other regulators in the United States, Canada, and the United Kingdom.”

In the mean time, USO has been looking to enter additional FCM agreements so it can resume purchasing oil futures contracts, but has yet to enter an agreement.

The restrictions from RBC are impairing USO’s ability to meet its investment objective.

Read more: ‘It works for anything I look at’: BlackRock’s bond chief who oversees $2.3 trillion shares the ‘really simple’ 3-part framework that guides every investment decision he makes – and outlines 2 factors he looks for in a company

“[USO] may be required to invest in other permitted investments including other oil-related interests and may hold larger amounts of Treasuries, cash and cash equivalents, which will further impair USO’s ability to meet its investment objective,” the filing said.

USO’s investment objective is to track a benchmark of short-term oil futures contracts that closely reflect the spot price of crude oil.

The USO ETF is “still trading and able to rebalance and roll its portfolio,” United States Commodity Funds CEO John Love said, according to FT.

USO has seen an explosion in popularity among traders.

Data from Robintrack.net shows that the number of Robinhood accounts that own the USO ETF surged more than 2000%, from ~8,000 in early February to more than 170,000 today.

Despite being down -75% year-to-date, assets under management in USO have more than quadrupled from $1 billion in early 2020 to $4.6 billion today, according to data from YCharts.

Read more: Michael Gayed’s fund relied on just one market signal to book a huge profit when the coronavirus crushed stocks — and his returns are still soaring. He breaks down his simple approach to crisis investing. 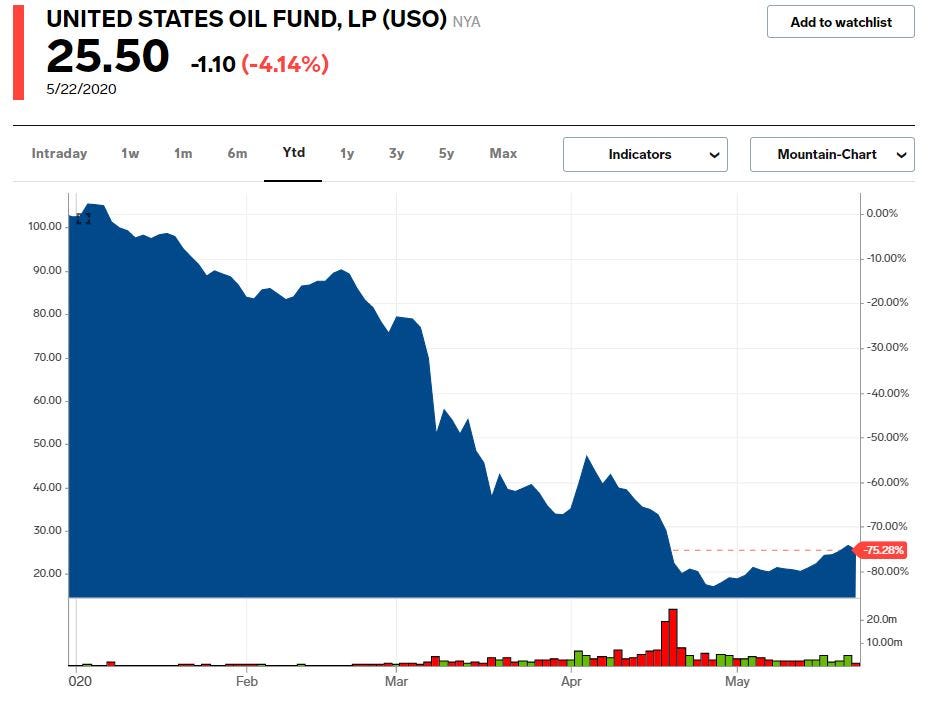 Trudeau speechless over use of…

Tesla Autopilot has edge over…

Heres why stocks are climbing…

Is travel safe? Experts on…