Latest News
Home /Former Wirecard CEO Markus Braun has been arrested in Germany, days after the company reported that $2.2 billion was missing 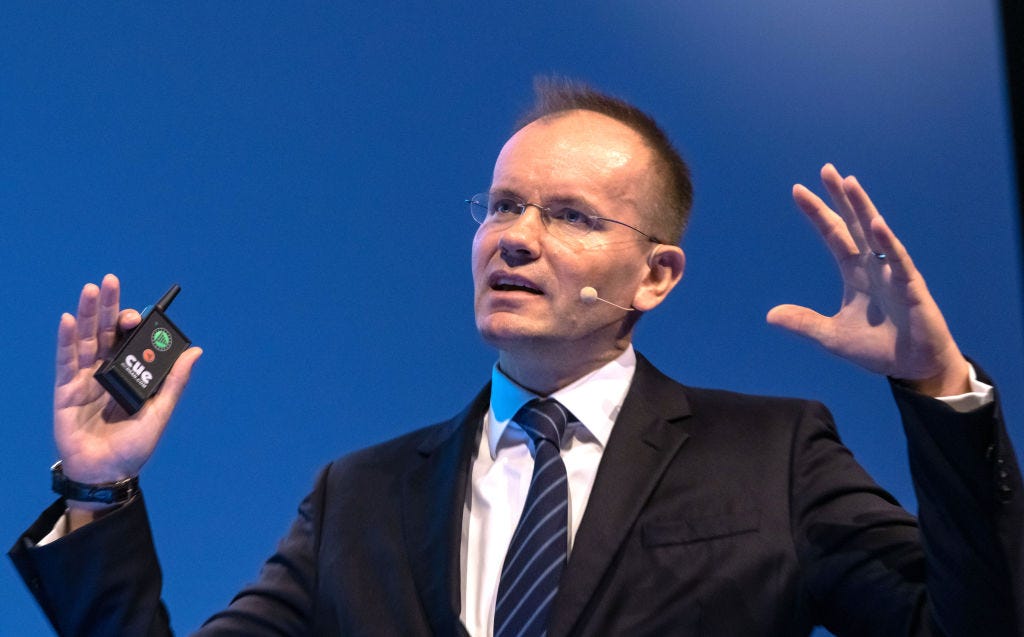 Wirecard’s former chief executive Markus Braun has been arrested by German prosecutors on suspicions of false accounting and manipulative business practices, according to multiple media outlets.

Braun turned himself in to Munich authorities on Monday evening after an arrest warrant was issued. He is due to appear before a judge later on Tuesday.

The former CEO has been accused of portraying the company as financially stronger by inflating Wirecard’s balance sheet and manipulating the group’s share price.

He suddenly resigned from the company on Friday after the German payments firm acknowledged some €1.9 billion ($2.15 billion) had gone missing from its balance sheet, which prompted its share price to plunge by 80% over two days last week.

In a short statement, Wirecard said that Braun stepped down with the agreement of its board and that the company’s chief compliance officer, James Freis, would take on the interim CEO role.

Read More: MORGAN STANLEY: The best-performing stocks for the end of recessions are loaded for surprising gains in the second half of the year. Here’s what to buy now so your portfolio is ready.

Last week, the company’s auditor EY uncovered the $2.15 billion worth of missing cash.

The fintech group later claimed the amount likely does not exist in its accounts.

On June 18, Wirecard attempted to contain suspicions when it said that if its financial results were not published by the next day, then around 2 billion euros ($2.3 billion) worth of loans to the company could be terminated.

However, a report published by a financial forensics research team at the Centre for Financial Research and Analysis found that as the company’s remaining balance is tied to regulated entities, it does not have ease of access to the $2 billion in cash.

Wirecard is at the centre of a long-running investigation by the Financial Times over its accounting practices.

Read More: A 30-year market veteran explains why we’re in ‘one of the nutsiest bubbles in the history of bubbledom’ – and warns of an ‘underwater’ economy for the next several years

SNL cast accused of getting…

How engineers are working to…

France: Airman tied up and…

How this Gen Z entrepreneurs…