Latest News
Home /Russia may be intensifying its assault in eastern Ukraine. Heres what that means

And later that same day, Ukrainian President Volodymyr Zelensky warned citizens of tough times ahead in the east, saying that in “Donbas, Mariupol, in the Kharkiv direction, Russian troops are accumulating the potential for strikes. Powerful blows. We will defend ourselves.”

“The situation in the southern direction and in the Donbas remains extremely difficult,” Zelensky added. It was the second time in 24 hours he had warned of an expanding Russian offensive in Donbas.

An analysis of what’s happening on the ground in eastern Ukraine supports this view, with Russian armor and artillery intensifying their attacks, and yet more Ukrainian civilians fleeing westwards. The Russian offensive is being conducted in several directions simultaneously. 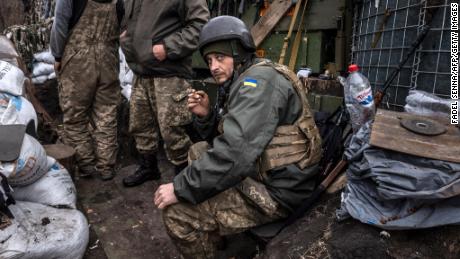 When Putin announced the invasion on February 24, he claimed the goal of Russia’s so-called “special military operation” was the liberation of Donbas from neo-Nazis and the protection of its people from alleged “genocide” by the Ukrainian authorities.

The Russian campaign since has been a smorgasbord of operations that have included a stuttering ground offensive and hugely destructive missile and artillery fire, and its ultimate goals are still difficult to divine. But the focus of Russia’s military effort — and rhetoric — has recently shifted to the south and east of Ukraine. 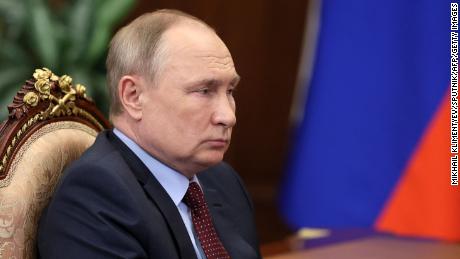 The Russian Defense Ministry’s daily summaries have sought to focus on successes in these regions and, over the past week, various Russian officials have described the Donbas as the
main goal of the operation, with other actions merely designed to pin down Ukrainian troops.

On Wednesday, Russian Ministry of Defense spokesman Maj. Gen. Igor Konashenkov said Russian forces were regrouping in order to “intensify operations in priority areas and, above all, to finish the operation for the complete liberation of Donbas.”

At the same time, Denis Pushilin, the leader of the self-proclaimed Donetsk People’s Republic, said the goal of the campaign was to secure all of the Donetsk and Luhansk regions. Prior to the offensive, the separatist “People’s Republics” controlled about one-third of the two regions.

Gaining an accurate picture of the battlefield in the east is at best difficult — but Russia and its allies in Luhansk and Donetsk are pounding Ukrainian-held towns and cities and edging forward. And yet they are still encountering stiff resistance from some of Ukraine’s best units, more than a month after the invasion began.

The devastation of the southeastern city of Mariupol, where an estimated 90% of buildings have been damaged in a month of fighting, is well known. It has been described as the new
Aleppo, a reference to the Syrian city devastated by a Russian-backed siege in 2016.

Much of Mariupol is now under Russian control, but its defenders are still tying down significant Russian and Chechen forces and inflicting heavy casualties. 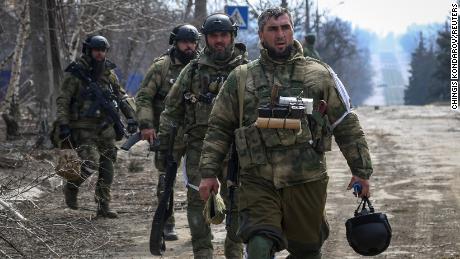 Mariupol’s horrors are not unique. Further north, cities like Izium, Rubizhne and Severodonetsk have also suffered widespread damage in weeks of fighting. Most are without power and water.

Ukrainian troops are clinging on in Rubizhne and Severodonetsk, even if they are depopulated ruins, surrounded and bombarded daily. But on Friday the Ukrainian General Staff confirmed that Izium had fallen to the Russians after weeks of fighting. 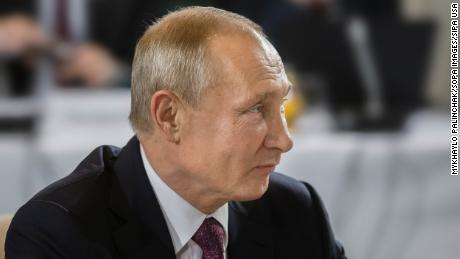 Ukrainian forces are now trying to prevent the Russians from pushing further south towards the cities of Sloviansk and Kramatorsk, which were briefly held by pro-Russian separatists in 2014 and would be significant gains.

Ukrainian officials in the Donetsk region have this week reported Russian shelling and airstrikes along the entire “line of contact” which divided separatist-held areas from the rest of Ukraine before the Russian invasion. But that line is now history as Russian forces push beyond.

According to Moscow’s version of events, Russian forces are winning territory as they push westwards towards the regional borders. On Thursday, the Ministry of Defense said Russian troops had advanced 6 kilometers (3.7 miles) in a day and now hold the town of Zolotaya Niva. If true, that would put the Russians just 15 miles (25 km) from Donetsk’s regional border.

It’s also become clear that the Russians are trying to cut the Ukrainians’ fuel supplies: they hit another fuel dump near Dnipro on Thursday. 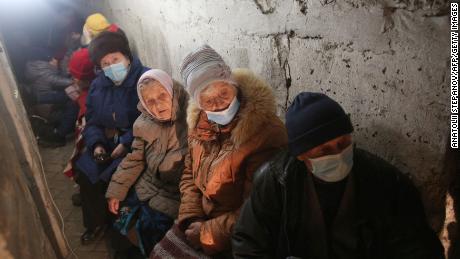 The Ukrainian military insists that it is repelling Russian assaults throughout the Donetsk and Luhansk regions. Serhii Haidai, head of the Luhansk regional military administration, said Friday that Ukrainian forces had fought off attempts by Russian forces to bypass their positions west of the city of Luhansk.

But the daily evacuation of civilians from towns such as Rubizhne, Bakhmut and Popasna suggests that Ukrainian forces are on the backfoot.

“We organize trains and buses to save as many lives of Ukrainians, residents of Luhansk region, as we can,” Haidai said Thursday.

But so far, he confirmed Friday, just 18,000 people have been evacuated from Luhansk, leaving hundreds of thousands enduring daily bombardment with scarce access to water and gas. 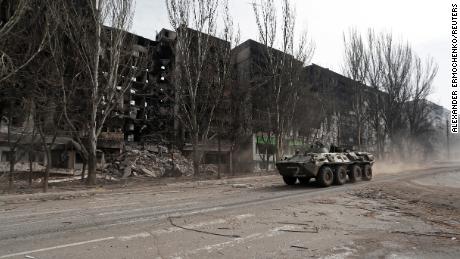 The danger for Ukrainian troops in this area is that they could get caught between Russian forces advancing from the east and other units that have pushed up — with varying degrees of success — from Crimea to the south. 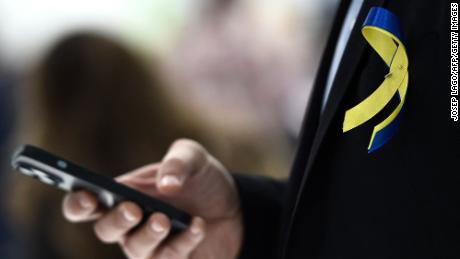 If the Russians reach the borders of Donetsk and Luhansk, they might even push onwards to the more defensible River Dnieper, on which the major cities of Zaporizhzhia and Dnipro sit.

But the performance of Russian ground forces in this conflict so far suggests they have a lot to do to secure both eastern provinces. The Institute for the Study of War, in its latest assessment, said that “Russian force generation efforts and the redeployment of damaged units from the Kyiv axis are increasingly unlikely to enable Russian forces to make rapid gains in the Donbas region.”

And Brian Mikalovsky,
writing in Foreign Affairs, said the Russians’ “northern and southern invasion forces still have several lines of Ukrainian defenses and a few hundred kilometers of territory to cross before they can unite, and the [Ukrainian] army is fighting hard to prevent Russia from succeeding.”

Mikalovsky, who lived in Severodonetsk until January, added: “Dogged Ukrainian soldiers have torched multiple tank columns at the entrances to Severodonetsk. Russian forces moved into Rubizhne, but they have taken heavy casualties and have been able to seize just half of the city.”

Even if the Russians succeed in grinding down the resistance in these eastern cities and towns, and give the Kremlin a way to declare victory, they will bequeath themselves a wasteland of destruction that will likely take decades and tens of billions of dollars to repair.